Congress decides to back TMC man for RS deputy chairperson

The Trinamul Congress has, however, officially denied that Mr Roy’s name had been finalised. 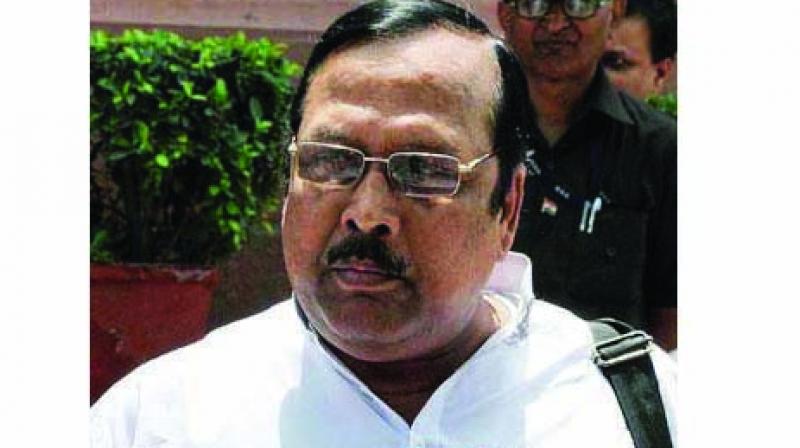 New Delhi: The election for Rajya Sabha deputy chairperson promises to be a thriller, with the Congress deciding in principle to back a candidate from any other Opposition party to keep the BJP out, unlike during the presidential election last year when it had insisted on having its own candidate Meira Kumar to represent the Opposition.

Sources said Trinamul Congress leader Sukhendu Shekhar Roy had emerged as the frontrunner with his party chief Mamata Banerjee pushing strongly for him. Ms Banerjee has been lobbying for her candidate with all Opposition parties, including even fence-sitters like the Biju Janata Dal, that has the crucial numbers to tilt the polls. Sources told this newspaper that a senior TMC leader had been in touch with a bureaucrat known to be very close to Odisha CM and BJD chief Navin Patnaik to seek his support.

The BJD, which has nine MPs, might decide to remain equidistant from both the BJP and Congress and abstain, bringing down the winning mark in the election.

Shortly after meeting the CMs on June 16 this month, senior Congress leader Ahmed Patel called on Ms Banerjee and both leaders are learnt to have discussed the issue.

Sources in the Congress said that since then the party leadership, including its president, had discussed the matter and decided to go along with any non-Congress candidate to keep the BJP at bay.

The Trinamul Congress has, however, officially denied that Mr Roy’s name had been finalised. The Opposition parties are likely to meet in the first week of July after the incumbent, P.J. Kurien, retires on July 2.

The last time that an election was held for Rajya Sabha deputy chairperson was in 1992.