The chief minister, however, did not issue a white paper on the working of various departments, as was being claimed by a section of the media. 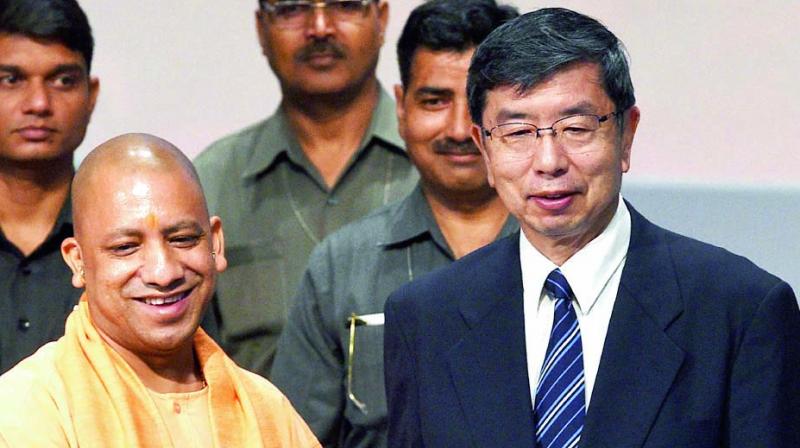 Lucknow: UP chief minister Yogi Adityanath, who completed 100 days in office on Tuesday, said he is satisfied with his government’s work so far.

The chief minister, however, did not issue a white paper on the working of various departments, as was being claimed by a section of the media. Instead he released a booklet titled, '100 Din Vishwas Ke’ and said the ‘corruption and nepotism of the previous government’ have pushed the state back by several years. The chief minister, addressing a press conference, said 100 days is too little to affect a change but his government has made a beginning.

He said he is working on the ‘Sabka Saath Sabka Vikas’ concept of Prime Minister Narendra Modi, and the government schemes would be implemented without any discrimination. “We are committed to work for people belonging to all strata of the society. When I say people from all strata it is self-explanatory.

There is no place for discrimination in this government,” he said. Accompanied by his deputy chief ministers and all ministers, the CM said that 2017 will be observed as ‘Garib Kalyan Varsh’. He said the government is committed to fulfilling the promises made in its Lok Sankalp Patra that was issued on the eve of the elections. “We are committed to the welfare of the last man in the line,” he added.

“We promised loan waiver for farmers and we fulfilled our promise. Cane dues of over Rs 22,517 crore have been paid after my government came to power,” he said.