This meeting came after Gandhi had offered to step down from his party post at the CWC meeting. 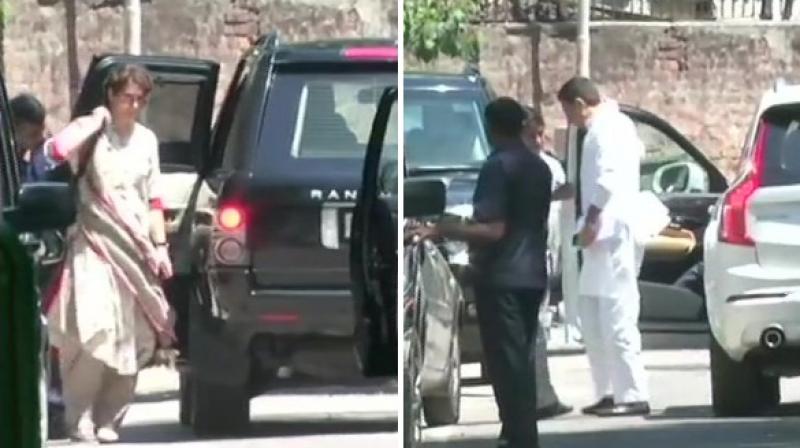 New Delhi: Priyanka Gandhi Vadra and Rajasthan Deputy Chief Minister Sachin Pilot on Tuesday arrived at the residence of party president Rahul Gandhi who has offered to step down from the party's top post.

This meeting came after Gandhi had offered to step down from his party post at the Congress Working Committee (CWC) meeting, held on Saturday, taking moral responsibility for Congress' dismal performance in the Lok Sabha elections.

However, Gandhi's resignation offer was unanimously rejected by the CWC.
Sources said that despite senior leaders making serious attempts to convince him to rethink on his decision, Gandhi is said to be unfazed.

On Monday, party treasurer Ahmed Patel and Venugopal met with Gandhi at his residence here and urged him to continue to lead the party.

Party leaders, sources said, maintained that Congress cannot afford to have a new leader at the helm for rebuilding the organisation at this juncture and that the responsibility for the defeat is collective and not individual.

A CWC member said that an honest postmortem is the need of the hour.

However, Congress had termed the developments as speculation and rumour.

"The Congress party expects everyone including the media to respect the sanctity of a closed-door meeting of the CWC. Various conjectures, speculations, insinuations, assumptions, gossip and rumour mongering in a section of the media is uncalled for and unwarranted," Surjewala tweeted earlier.