Narendra Modi’s win not a criteria to leave presidentship: Moily to Rahul

The senior leader also denied that the party was facing an 'existential threat'. 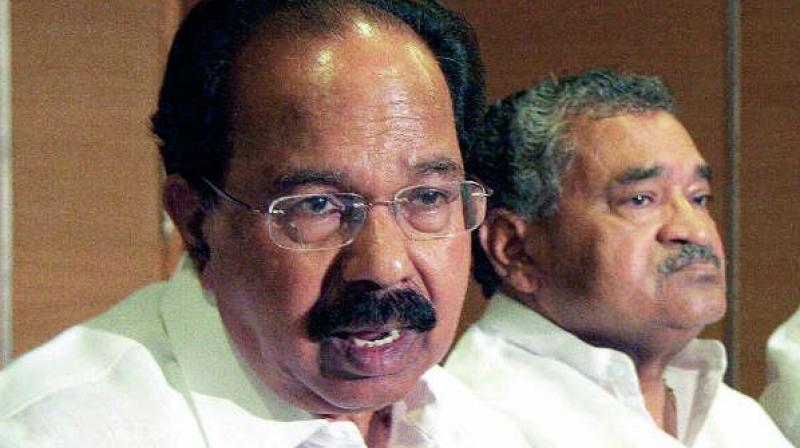 The former Union minister said the outcome of one or two elections could not be a pointer to the future prospects of the party, which had seen many ups and downs in its long history. Describing Gandhi as the "inspiration" for the party, Moily said it was not appropriate for him to quit as the Congress chief.

"Just because (Narendra) Modi has won...that is not a criteria to leave the presidentship. After all, ups and downs are common for the Congress party. We have seen them many a time," he told PTI.

"The BJP, after all, can play a game for some time, but it cannot play a sustained game in the politics of this country," the former Karnataka chief minister claimed.

Stating that Gandhi should not insist on his resignation, he said he should "continue to guide the destiny of the party and the nation".

"Apart from legacy, on his own personality, he is the most competent person to lead the party," Moily said.

On Gandhi reportedly suggesting to the Congress high-command to pick someone from outside his family to lead the party, he said the former should think from the perspective of the "Congress family".

The senior leader also denied that the party was facing an "existential threat". "The Lok Sabha election setback is a passing phase. One or two elections cannot determine the future of the Congress," he said.