India   Politics  28 Apr 2022  Modi on three-day visit to three European countries from May 2
India, All India

The PM will thereafter travel to Copenhagen on an official visit at the invitation of the Prime Minister of Denmark, Ms Mette Frederiksen 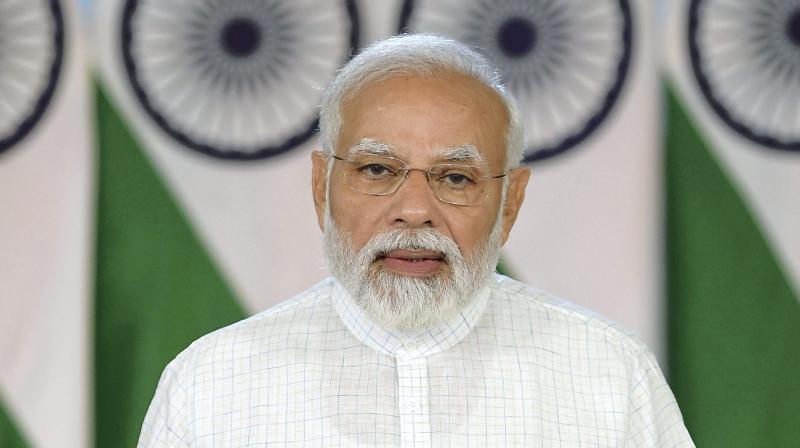 The visiting minister of state in the German foreign office, Mr Tobias Lindner, said on Wednesday that Germany was looking forward to talks with Mr Modi and his country would seek to “pull” India to convince it of the German and European line on the Ukraine war but “not push” New Delhi around. Condemning Russia’s actions in Ukraine on the sidelines of the Raisina Dialogue, Mr Lindner said it was an “enormous attack on the international rules-based order”.

The MEA said in a statement: “Prime Minister Narendra Modi will pay an official visit to Germany, Denmark and France on 02-04 May 2022. This will be the Prime Minister’s first visit abroad in 2022. In Berlin, Prime Minister will hold bilateral talks with Olaf Scholz, Federal Chancellor of Germany, and the two leaders will co-chair the sixth edition of the India-Germany Inter-Governmental Consultations (IGC). The biennial IGC is a unique dialogue format that also sees participation of several ministers from both sides. This will be the Prime Minister’s first IGC with Chancellor Scholz, and also the first such government-to-government consultations of the new German government, which took office in December 2021. During his visit, the PM and Chancellor Scholz will also jointly address a Business Event. Prime Minister (Modi) will address and interact with the Indian community in Germany.”

On the trip’s third and final leg, the MEA said: “On his return journey on 04 May 2022, the Prime Minister will briefly stop over in Paris and meet Mr Emmanuel Macron, President of France. India and France are celebrating 75 years of their diplomatic relations this year and the meeting between the two leaders will set a more ambitious agenda of the Strategic Partnership.”