Deol joined the BJP on April 22 and was fielded from Gurdaspur. 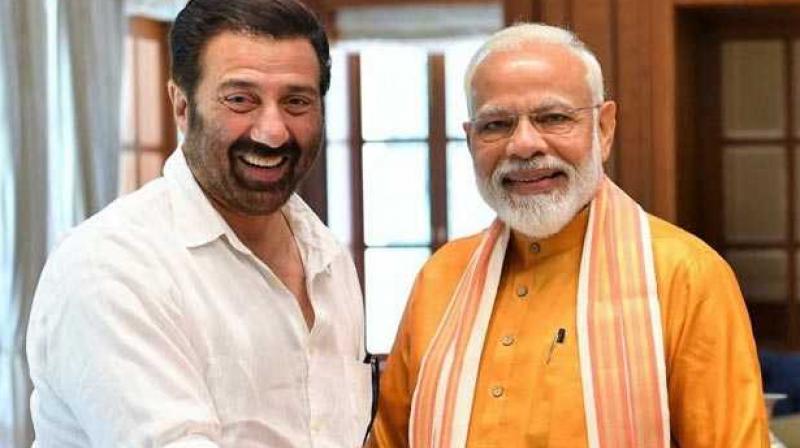 Modi appreciated Deol's "humility and deep sense of passion for a better India". "Happy to have met him today. We are all rooting for his victory in Gurdaspur. We both agree that India will continue to prosper," the PM tweeted, posting a picture with the actor. Deol joined the BJP on April 22 and was fielded from Gurdaspur.

Earlier in the day, the PM met new mayors of south, north and east Delhi municipal corporations. "Had a great interaction with Sunita Kangra, Avtar Singh and Anju Kamalkant. They will be serving as Mayors of South Delhi, North Delhi and East Delhi Municipal Corporations respectively.  "My best wishes to them as they embark on their efforts to transform Delhi," Modi wrote on Twitter.