Saying 'main hoon Modi' is not nationalism: Priyanka hits out at PM

'Arranging a crowd using the power of money and addressing them or sending a message to them is very easy,' Vadra said. 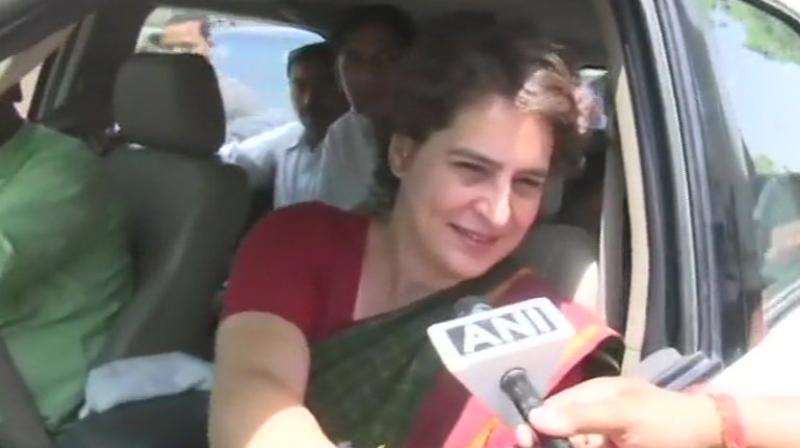 'The real thing is to resolve the problems of the people,' Priyanka Said. (Photo: ANI)

"It means patriotism and love for the country. Who is the country? Its people and their love. If you have affinity only towards yourself, then what type of nationalism is this?" The Congress general secretary in charge of Uttar Pradesh was speaking to reporters in Amethi constituency, which is represented by party president and his brother, Rahul Gandhi.

"Arranging a crowd using the power of money and addressing them or sending a message to them is very easy," Vadra said.

But, the real thing is to resolve the problems of the people, she added.

"The ground reality is absolutely different. When you speak to the people, a different message emanates and I have never seen the prime minister or the BJP leaders accepting that message," the Congress leader said.

Vadra accused Modi of not visiting even a single village in his Varanasi constituency and not asking anyone about their problems.

She described the policies of the BJP as "anti-people", "anti-youth" and "anti-farmers".

"The menace of stray animals is very much here and the farmers are forced to keep a watch on their crops during night. There are still some places where electricity supply is absent," Vadra added.