The polls in Uttar Pradesh will be held in all seven phases and counting of votes will take place on May 23. 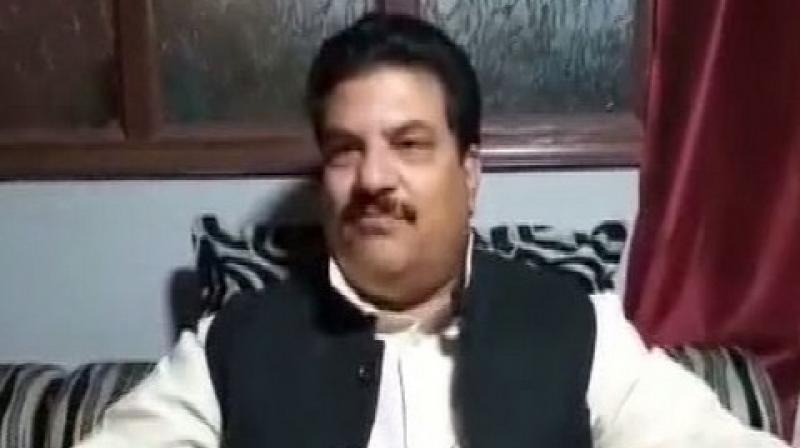 Lok Sabha elections are scheduled to be held from April 11 and will go on till May 19 in seven phases. (Image: ANI)

Actor-turned-politician Jaya Prada joined the BJP on Tuesday and announced that she is contesting from Rampur Lok Sabha seat. "It feels like going back home," she had said.

However, Khan had some more bizarre comments to make on his former party colleague. "Jaya Prada ji...mei to ek din bus mei jaa rha tha to aapka kaafila ja rha tha... jaam laga tha to maine bus mein se utarke unko dekhne ki koshish ki kyunki ho sakta hai ki jaam khulwane ke liye thumka na laga de.. Badi ajeeb si baat hai (Jaya Prada ji…I was once travelling in a bus while you were passing by. There was a traffic jam, so I got off the bus thinking maybe you would do a dance number or two to clear the jam)," he said.

Meanwhile, Khan while ignoring BJP's Badaun candidate Sanghamitra Maurya's statement that she would turn into a goon to protect the people of her constituency if anybody troubles them, had only this to say: "BJP has such women..I don't want to comment on that as elections are approaching. If one wants to call herself a goon or a dancer, that’s their prerogative."

Jaya Prada had made her political debut in 1994 with the Telugu Desam Party (TDP) but later quit due to differences with party chief Chandrababu Naidu. The actress then joined the Samajwadi Party (SP) but was expelled on account of alleged anti-party activities in 2010. She as an SP leader had won the Rampur Lok Sabha seat in 2004 and 2009.

Lok Sabha elections are scheduled to be held from April 11 and will go on till May 19 in seven phases. The polls in Uttar Pradesh will be held in all seven phases and counting of votes will take place on May 23.