Priyanka made the statement while attending a program organised by local party workers here. 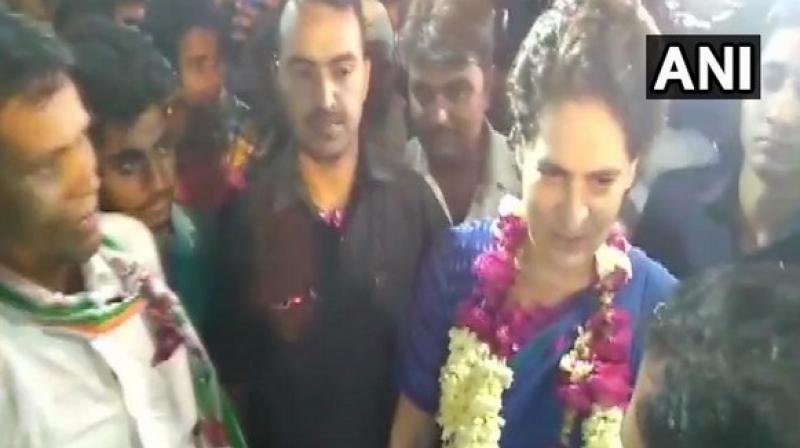 Priyanka is on a two-day trip to Amethi and Rae Bareli. (Image: ANI)

Priyanka, who has been rigorously campaigning in Uttar Pradesh since her formal induction in the party last month, on Wednesday met workers in her brother and Congress President Rahul Gandhi's parliamentary constituency – Amethi.

Encouraging party workers to ensure Congress’ victory in the state, Priyanka, said, "You (workers) need to work hard for elections. Are you preparing for elections? Not for this (general elections), for 2022 (UP Assembly elections)? Are you doing? You have to work."

Priyanka is on a two-day trip to Amethi and Rae Bareli. She has been given the task of reviving the party in Uttar Pradesh.

Priyanka made the statement while attending a program organised by local party workers here.

Interestingly, the workers had arranged a weighing scale decorated with flowers to weigh Priyanka with laddoo’s (sweets). However, she politely declined to sit on the scales saying “do you think I weigh one quintal.”  Later, she asked the son of ex MLA Noor Mohammad to honour the ceremony.

She is scheduled to visit Ayodhya on Friday.

During earlier elections, Priyanka had limited herself to campaigning for Rahul and Sonia Gandhi in Amethi and Raebareli parliamentary constituencies only. Both constituencies are considered as strongholds for Gandhi family.