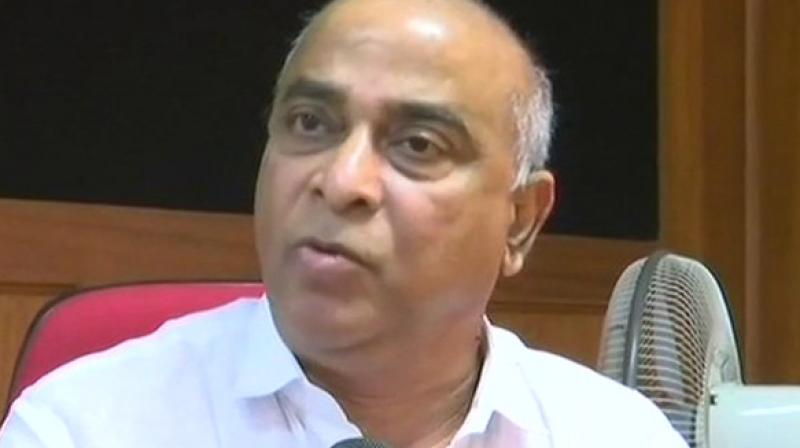 Panaji: A day after Goa Tourism minister Manohar Ajgaonkar broke away from the MGP and joined the BJP, he was Thursday designated as the Deputy Chief Minister of the state.

Early on Wednesday, Ajgaonkar and another Maharashtrawadi Gomantak Party (MGP) MLA Dipak Pawaskar had merged their party's legislative wing with the BJP. They had given a letter to merge the MGP legislature party with the BJP to officiating Goa Assembly Speaker Michael Lobo at 1.45 am on Wednesday.

However, Sudin Dhavalikar, the third MGP MLA, did not sign the letter. Chief Minister Pramod Sawant Wednesday dropped Dhavalikar, who was earlier appointed as the deputy chief minister, from the state cabinet and inducted another BJP MLA Dipak Pawaskar in a late-night ceremony. Sawant had claimed that he had to drop Dhavalikar from the cabinet as he "failed" to adhere to the common minimum programme of the coalition government. Ajgaonkar currently holds sports and tourism portfolios.