Sawant further said that the party never supported Gaikwad's actions but always demanded a proper investigation into the matter. 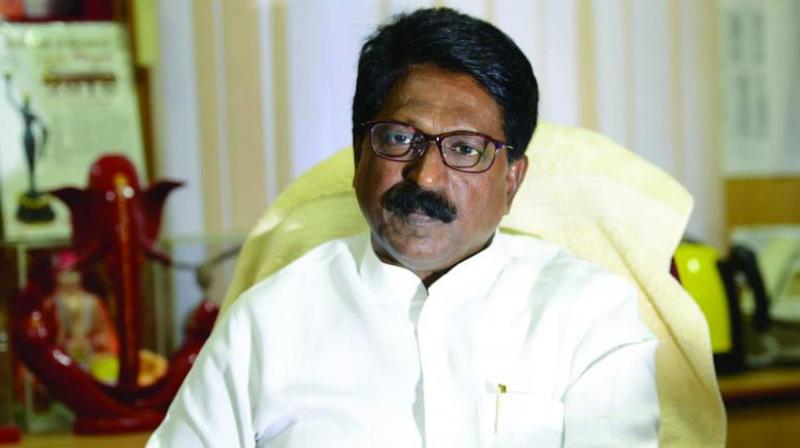 Mumbai: Backing parliamentarian Ravindra Gaikwad following his altercation with an Air India flight employee, the Shiv Sena on Tuesday criticised all other major airlines for putting him in the 'no fly list' and wondered why it never showed any concerns when Hurriyat leaders and underworld don Dawood Ibrahim travel by flights.

"The incident only happened with Air India. But every other air lines banned him. This is not good. If they are so concerned then why the Hurriyat leaders travel in their plane? Even Dawood went to Pakistan by plane," said Shiv Sena leader Arvind Sawant.

Sawant further said that the party never supported Gaikwad's actions but always demanded a proper investigation into the matter.

"It is unfortunate that only one side of the story is being focused. Our Constitution empowers citizens to travel freely. If one has a problem, legal course should have been adopted. We never shied away from legal proceedings," he added.

Gaikwad on Monday issued a fresh statement stating that the Air India is trying to misguide everyone as to what transpired which triggered the altercation on-board the aircraft.

The Osmanabad MP said that he never demanded a Business Class seat, but instead requested a complaint book to address his grievance about 'substandard service'.

Gaikwad said that while travelling in the flight, he noticed "carelessness and substandard" service of Air India and requested for a complaint book, but despite his frequent requests he was not provided the complaint book, instead the staffer misbehaved with him.

Gaikwad earlier on Friday submitted a complaint against Air India before the Delhi Police alleging that he was pushed and yelled on.

In his complaint, Gaikwad, who allegedly manhandled Air India staffer Sukumar, said he was made to travel by the airline on economy class even as he had business class ticket.

Air India and six private airlines banned the 56-year-old MP from flying as he refused to apologise for the incident that triggered the incident.

Anandrao Adsul of the Shiv Sena raised the issue of the ban imposed on R Gaikwad by airlines in Lok Sabha, saying "I hope you (Speaker) will raise it with government."

After being blacklisted by the top airlines, Gaikwad had to board a train to Mumbai earlier on Friday evening.

"MPs need to attend Parliament and they cannot travel by train always. At times, they need to travel by plane also. I feel that this issue (blanket ban) should be resolved amicably through talks," said Mahajan after a meeting attended by Civil Aviation Minister Ashok Gajapathi Raju and Sena MPs.