Cracks in Oppn ahead of key meet on demonetisation

Jairam Ramesh tried to downplay the plans of several parties to skip the Oppn meeting that will be followed by a joint press conference. 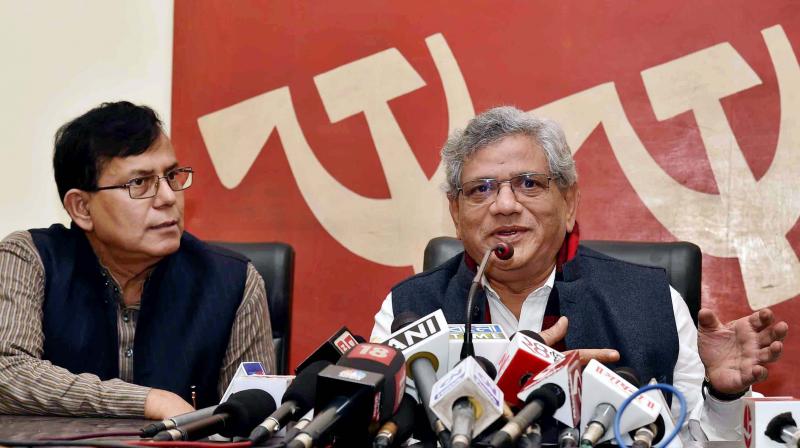 New Delhi: The much-hyped “united Opposition against demonetisation” seems to have fallen apart soon after the Parliament’s Winter Session ended. The JD(U) and the Left parties on Monday announced their decision to stay away from the Congress-led “16-party Opposition meeting” on Tuesday, called to ramp up attack on demonetisation and alleged “personal corruption” of the Prime Minister.

With the SP and the BSP also likely to skip the meet, the only major Opposition leader to attend the meet will be Trinamul Congress supremo and West Bengal chief minister, Mamata Banerjee. She arrived in Delhi Monday evening.

Congress leader Jairam Ramesh tried to downplay the plans of several parties to skip the Opposition meeting that will be followed by a joint press conference. He cited local and regional compulsions for some parties not to be seem together on the same platform.

He dismissed suggestions that Tuesday’s meeting was a “tea party” like the one in 1998 which ultimately led to the downfall of the Vajpayee government. “The biggest issue today is demonetisation and the second issue is corruption by the Prime Minister, which will be the main issues before tomorrow’s meet,” he said.

The Opposition meet was apparently the brainchild of Congress president Sonia Gandhi to show that the “unity among the Opposition was intact”.

Cracks within the Opposition first surfaced when Congress vice-president Rahul Gandhi led a Congress delegation to meet Prime Minister Narendra Modi, to demand loan waivers for farmers. Both the SP and BSP were “upset” over the Congress’ “unilateral” move.

Besides the SP and the BSP, the JD(U) and the Left parties also skipped the December 16 Opposition march to meet the President, to protest against the hardships being faced by people following demonetisation.

While the SP, BSP and Left parties were not keen to follow the Congress for “compulsions of state politics”, JD(U) supremo Nitish Kumar was not willing to share the platform with Ms Banerjee as both are vying to be the Opposition’s face against Mr Modi during the 2019 general elections. The Congress is part of the JD(U)-led Nitish Kumar government in Bihar.

BSP chief Mayawati had led the protest against Mr Gandhi meeting the PM, arguing that it was an issue connected with Uttar Pradesh and the Congress vice-president had no right to appropriate it. The Samajwadi Party, her archrival in Uttar Pradesh, had supported her.

JD(U) leader K.C. Tyagi, who said that in principle his party was not against demonetisations, but the way it was being implemented. He also targeted Ms Banerjee. “The West Bengal chief minister had called our leader a traitor during her rally in Patna. We respect her and expect the same kind of respect from her,” Mr Tyagi told this newspaper.

Besides the Trinamul Congress, other parties likely to attend are the DMK, while the RJD may send its representative.