PM Modi attacked caretaker CM K Chandrashekhar Rao saying that 'he (KCR) thinks he can win elections without doing anything'. 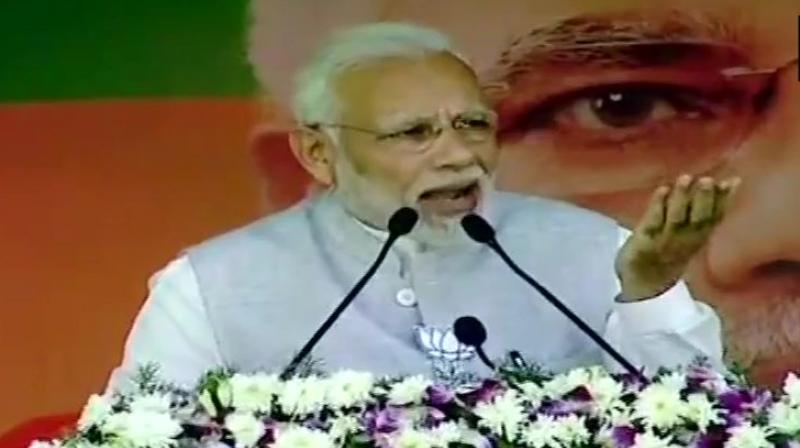 PM Modi was addressing a poll rally in Nizamabad ahead of the December 7 Assembly elections. (Photo: ANI/Twitter)

Nizamabad: Addressing his first poll rally in Telangana ahead of the December 7 elections, Prime Minister Narendra Modi attacked caretaker Chief Minister K Chandrashekhar Rao saying that he was walking on the same path as the Congress party.

"Telangana chief minister and his family think they can rule without doing any work like the Congress did for years," said Modi at the poll rally.

He added, "The chief minister of this state is walking on Congress' path. He thinks that if Congress can win elections without doing anything, he too can do it. But he must know that youth of the state are aware of the ground realities."

Speaking about Nizamabad, from where he was addressing the rally, Modi said, "The CM says he will transform Nizamabad into London city. But look at the condition of this region. The place lacks basic facilities like water, roads and power."