Mr Gandhi said on Friday that he was waiting to see what “new emotion” the Prime Minister would express over the matter now. 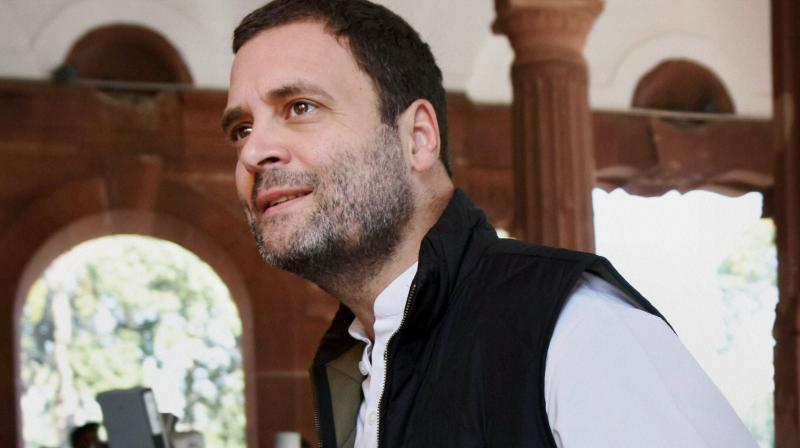 New Delhi: The Bharatiya Janata Party hit back at Rahul Gandhi on Saturday for mocking Prime Minister Narendra Modi’s absence in Parliament, and said it was ironical that the Congress vice-president makes such assertions given the fact that he was adjudged the “worst parliamentarian” in the history of Lok Sabha.

“Rahul Gandhi, who bunks Parliament most of the time, who is not seen to be doing worthwhile work outside the Parliament, I think he is not really worthy to make such comments. I think it is a joke, because Rahul Gandhi has been adjudged to be one the worst parliamentarians in the previous term and that continues to be the case in the present Lok Sabha as well,” BJP leader G.V.L. Narasimha Rao told reporters.

Mr Rao further said it is not “worthy” of Mr Gandhi to comment on the Prime Minister as the latter has been working for the welfare of the people and working to ensure that the country is back on track.

“For the last two-and-half years, he has brought about massive transformation and discipline into governance. So, for the Congress Party to demand Prime Minister Modi’s attendance they should first tell Rahul Gandhi to learn the basics of parliamentary responsibility and accountability,” he added.

The BJP leader’s comments came a day after Mr Gandhi took a dig at Prime Minister Modi for not speaking in the debate on demonetisation in Parliament.

Mr Gandhi said on Friday that he was waiting to see what “new emotion” the Prime Minister would express over the matter now, as his expressions outside the Parliament expose his nervousness.

“He was earlier laughing and then he cried outside the Parliament, he should come in House and then we will see what new emotion he will show us here,” he said.