India advises US against hard line on Myanmar 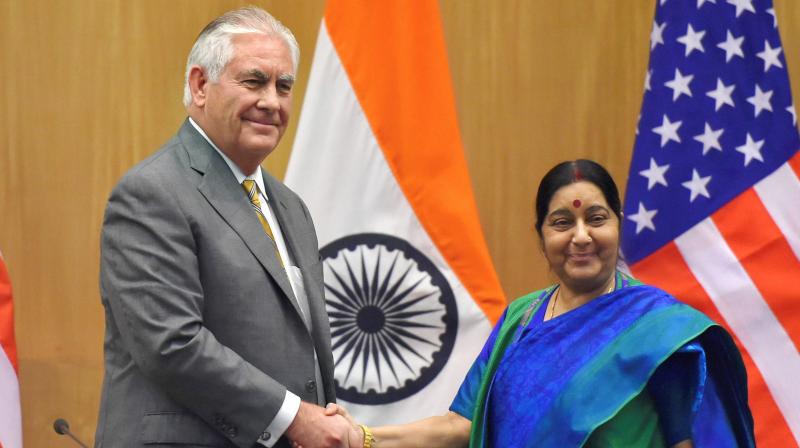 New Delhi: It was the China factor that prompted the Indian leadership to clearly tell US secretary of state Rex Tillerson that it would be unwise to shut down the Indian embassy in North Korea as the Chinese have a significant diplomatic presence there, sources said. China is seen globally as North Korea’s main benefactor, although there have been tensions between the two countries. New Delhi has also advised Washington against adopting a hard line on Myanmar in the wake of the Rohingya crisis, to avoid pushing that country completely into the Chinese sphere of influence, sources said.

Mr Tillerson concluded his one-and-a-half day visit to India Thursday morning after meeting Prime Minister Narendra Modi and external affairs minister Sushma Swaraj in the capital on Wednesday. In the course of his visit, he held talks on a range of issues with Ms Swaraj.

As earlier reported, India on Wednesday made it clear that it will not down shutters on its embassy in North Korea, telling the United States that the latter must have some friendly countries with embassies in Pyongyang so that “communication channels are open”.