SAD said the BJP had not only betrayed it but also backtracked from the commitments it had made with regard to Haryana Assembly elections. 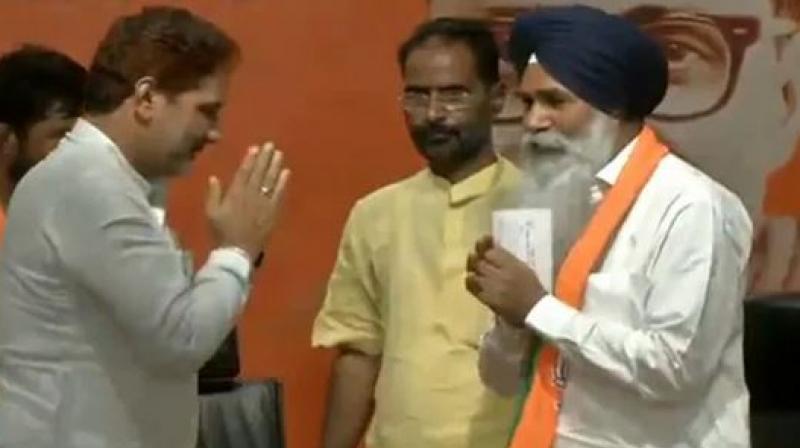 Chandigarh/Amritsar: The Shiromani Akali Dal has decided to go solo in the Haryana assembly elections after its lone MLA in the state switched sides, joining the saffron outfit on Thursday. Kalanwali MLA Balkaur Singh joined the Bharatiya Janata Party in New Delhi on Thursday, where he praised Chief Minister Manohar Lal Khattar for providing an "honest" government to the state.

"To protest this unethical step of making our MLA join their party at a time when we were in talks with them over seat sharing, we have called off the alliance with them in Haryana," SAD spokesperson Dr Daljit Singh Cheema told PTI.

In a statement issued after the core committee meeting in Amritsar under the leadership of party chief Sukhbir Singh Badal, the SAD said the BJP had not only betrayed it but also backtracked from the commitments it had made with regard to the Haryana assembly elections. Terming the BJP move against the principle of "coalition dharma", the SAD panel said the induction of the MLA into the BJP was "undesirable", not "expected" from an old ally.

"It is condemnable that the BJP has chosen to ignore the steadfast support of the SAD and decided to induct an Akali MLA into its fold," the panel said, adding that the SAD had always stood through thick and thin with the BJP in the national interest. The core committee also noted that it was the BJP which had committed to contest the Haryana elections jointly with the SAD.

Haryana Chief Minister Manohar Lal Khattar had even held a press conference on the eve of the Lok Sabha elections and announced that the BJP and the SAD would contest the assembly elections jointly while soliciting support for BJP candidates, the panel said. Claiming that the SAD had extended support to the BJP wholeheartedly across the country, the panel said when the time came for the BJP to reciprocate, it backed out and even went to the extent of making an Akali MLA join it.

The core committee said the SAD had always stood for peace and communal harmony besides safeguarding the rights of minority communities. "We will continue to do so and will be the voice of all communities in the Haryana assembly," it said while asking the party rank and file to gear up for the assembly elections.

The panel said the party would soon come out with a list of candidates and assign duties to leaders and workers to run an energetic and result-oriented campaign in Haryana. "The party has a history of fighting against all wrongs in society and follows the principle of 'sarbat da bhala' (welfare of all) and will continue to do so," it added.