He has insulted our soldiers again: BJP on Rahul's Ladakh remarks 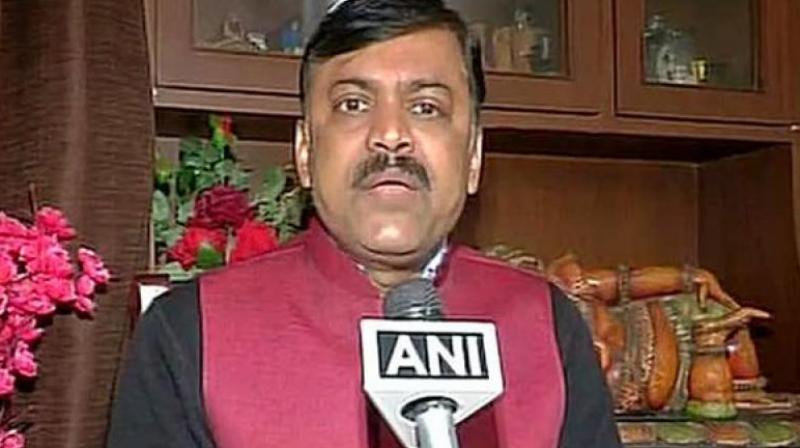 New Delhi: Hitting back at Rahul Gandhi for his latest remarks on the Ladakh face-off, the BJP Monday said he was again insulting the bravery of 20 soldiers who sacrificed their lives in Galwan Valley, and alleged his family ceded thousands of kilometres of land to China.

With his repeated utterances on the India-China face-off, Rahul Gandhi is trying to present falsehood as truth, BJP spokesperson GVL Narasimha Rao said.

Rahul Gandhi on Monday said he is not going to lie about Chinese transgressions in eastern Ladakh even if it costs him politically.

In his response, Rao told a press conference at the BJP headquarters here that Gandhi has again insulted the sacrifices of 20 soldiers in Ladakh with his statements.

"Rahul Gandhi has not learnt from his mistakes. He had insulted our soldiers at the time of the surgical strike, the Balakot airstrike and now again he has insulted them," Rao said.

He further said that Rahul Gandhi's political career ended in 2019 after he insulted the soldiers.

Citing a reply given by the Congress-led UPA government in November 2012 in parliament, Rao said during the tenure of various governments led by the Gandhi family, they ceded more than 43,000 sq kms of land to China.

Gandhi made his remarks in a tweet, along with an over-a-minute-long video, as part of a series launched by him on the India-China face-off along the Line of Actual Control (LAC) in eastern Ladakh.

"This disturbs me. Frankly, it makes my blood boil. How can some other nation just come into our territory?"

"Hiding the truth is anti-national. Bringing it to people's attention is patriotic," Gandhi said in his video.