BJP MP asserted that soon new nation like Pakistan will be carved out from India if government fails to curb rising Muslim population. 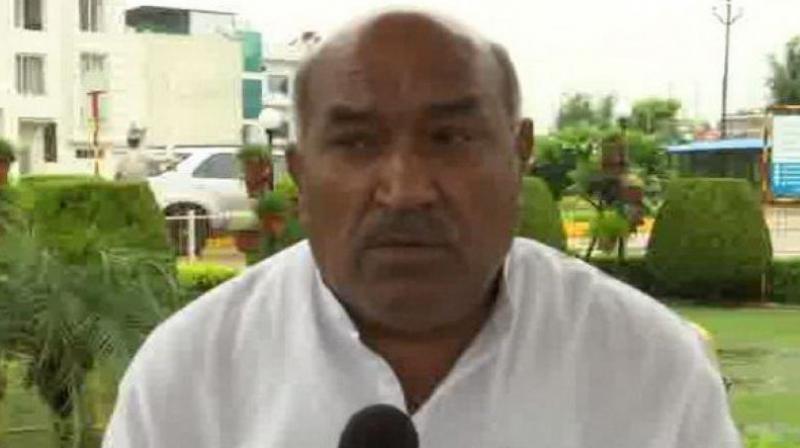 'I believe that a bill on population control must be introduced in the Parliament in order to save India from another dreadful partition,' BJP MP from Uttar Pradesh Hari Om Pandey said. (Photo: Twitter | ANI)

Faizabad: Senior Bharatiya Janata Party (BJP) leader and MP Hari Om Pandey sparked a fresh controversy after stating that the cases of heinous crimes such as rape and murder are rapidly increasing due to the growing Muslim population in India.

The BJP MP from Uttar Pradesh's Ambedkar Nagar also asserted that soon a new nation like Pakistan will be carved out from India if the government fails to curb the rising Muslim population in the coming days.

"The menaces such as of terrorism, rape, sexual harassment prevailing in India is only because of the rising Muslim populations. If one looks closely, there is a rapid increase in the percentage of Muslim population since the time of Independence," said Pandey.

Pandey also added that the increased population will result in unemployment and stagnant economic growth which in-turn will bring anarchy in India.

The MP was of the view that a bill pertaining to the matter should soon be introduced in the Parliament and the necessary measures should be taken at the earliest for curbing population growth.

"I believe that a bill on population control must be introduced in the Parliament in order to save India from another dreadful partition," he said.