Kumaraswamy had said he wanted to conduct at least two to four village stay tours every month. 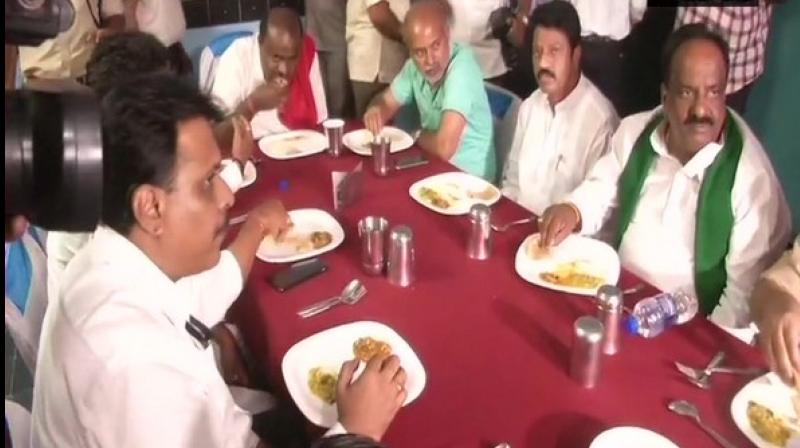 The Karnataka CM had earlier spent the night at Government Primary School in Chandraki village on June 21. (Photo: ANI)

Bengaluru: Karnataka Chief Minister HD Kumaraswamy stayed at a government school in Karegudda here as a part of his village stay programme.

Kumaraswamy, who is on a 'Grama Vaastavya' or 'village stay programme', spent the night at the Government school along with other ministers. He was also seen sleeping on the floor.

Earlier, K Shivana Gouda Nayak the BJP MLA from Devadurga was detained by police in Raichur for protesting against the Chief Minister's programme.

The Karnataka CM had earlier spent the night at Government Primary School in Chandraki village on June 21.

Reviving his 2006 rural outreach programme, Kumaraswamy had said he wanted to conduct at least two to four village stay tours every month.

"I want to do a minimum of two to four 'Grama Vaastavya' every month," he had told ANI before kick-starting his tour.