For first time, FM Sitharaman meets Manmohan Singh at his residence in Delhi

As per sources, Sitharaman's visit was a courtesy call. This is her first meeting with Singh after taking charge of the ministry. 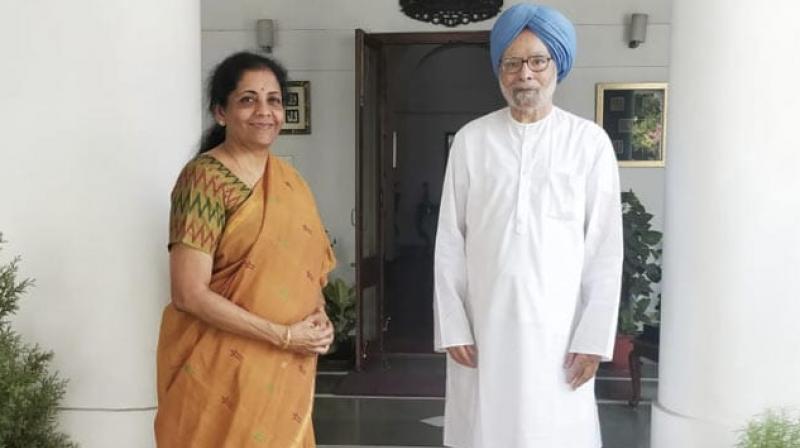 There was no official word on what transpired at the meeting but it comes ahead of the first budget of the new government to be presented by Sitharaman on July 5 in Parliament.

As per sources, Sitharaman's visit was a courtesy call. This is her first meeting with Singh after taking charge of the ministry.

This will be Sitharaman’s first budget after taking charge as Finance Minister last month following a landslide victory in the national election for Prime Minister Narendra Modi.

In the thirty years, it is the first time that Manmohan Singh, 86, would not be present in the Parliament during the budget session after his tenure of nearly three decades as a Rajya Sabha member ended earlier this month.

Singh was the finance minister from 1991 to 1996 in the Narasimha Rao government. He was also the Governor of the Reserve Bank of India from 1982 to 1985 and the Deputy Chairman of the Planning Commission of India from 1985 to 1987.