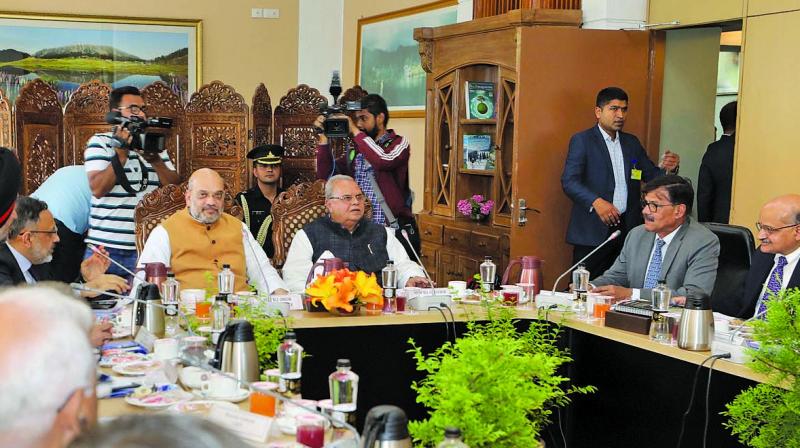 Srinagar: Security forces and other law enforcing agencies were during a marathon security review meeting chaired by Union home minister Amit Shah on Wednesday asked to keep up pressure on separatist militants in the Kashmir Valley.

They were also told to work out strategies to check the recruitment of local youth into militant ranks and also ensure militancy does not resurface in any part of the State’s Jammu region.

Senior officers of the Army, central armed forces and J&K police while giving a detailed account of the security situation in the State, told the home minister that about 120 militants including several top commanders of various outfits were killed in the counterinsurgency operations stepped up in recent weeks and that all indispensable measures have been taken to avert incidents like Pulwama terror attacks.

He was also told that there is “perfect” synergy among the various security forces in tackling militancy.

Mr Shah is scheduled to fly to Amarnath tucked away in Kashmir Himalayas early Thursday to pay obeisance at the revered cave-shrine.