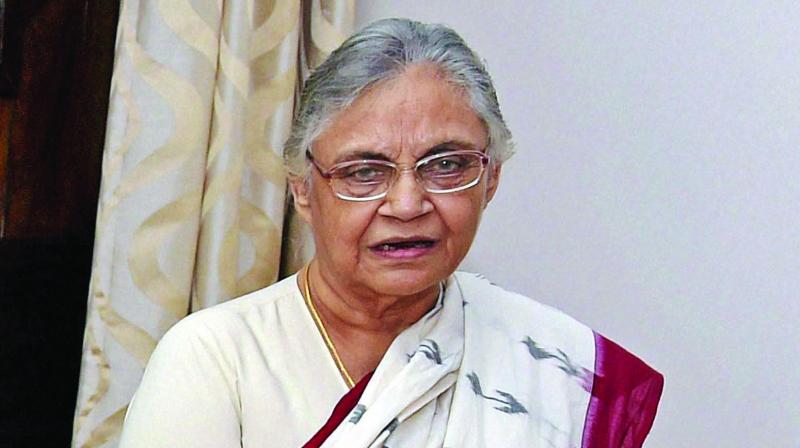 The committee has been asked to submit its report to Dikshit within ten days. (Photo: File)

New Delhi: Delhi Congress chief and former Chief Minister Sheila Dikshit on Monday constituted a five-member committee to probe in depth the reasons behind the party's rout in the city-state in the recently-concluded Lok Sabha elections.

The committee members include Parvez Hashmi, Dr AK Walia, Dr Yoganand Shastri, national spokesperson Pawan Khera and Jaikishan (ex-MLA). They will probe the reasons for the defeat of all the seven Congress candidates in the Lok Sabha elections in Delhi.

The committee will also discuss steps to be taken to ensure Congress' victory in the state Assembly elections to be held early next year and how to further strengthen the party's hold in Delhi.

The committee has been asked to submit its report to Dikshit within ten days.

Congress marginally improved its performance in the Lok Sabha elections in Delhi, where the party finished second in five of the seven parliamentary constituencies in the city-state.

Dikshit, who contested from North East Delhi seat, lost to sitting MP and actor-turned-politician Manoj Tiwari by over 3.5 lakh votes.

BJP won all seven seats in Delhi, not only repeating its 2014 feat but also improving its vote share by nearly 10 per cent.

AAP, which is running the government in Delhi, slipped to the third position with a vote share of a little over 18 per cent. BJP got over 56 per cent and Congress over 22 per cent vote share in this year's elections.