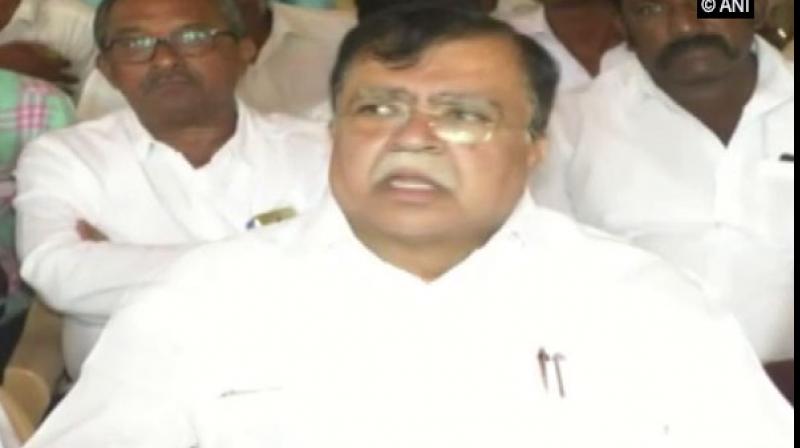 "We would not have lost in Tumkur. We lost the election because of zero traffic minister (Deputy Chief Minister Dr G Parameshwar) we lost because of him. He will remain as the deputy chief minister till the Prime Minister takes oath, after that he will not be minister," Rajanna said.

"This government will not remain in power as it will collapse after June 10. I have been told that he must have lost his post even before but as per my sources, BJP people in the state stopped till the Prime Minister takes the oath," Ranjanna said.

Attacking Parameshwar, the Congress leader said, "He has done nothing for Tumkur. One small taluq Kanakapura got a medical college but we didn't get because of him, he didn't sanction it."

However, the MLAs clarified that they visited Krishna's residence to greet him for the success of BJP in the recently-held polls, adding that there was "nothing political" about the meeting.

In view of the tumultuous political developments in Karnataka, Congress party's state unit has called for a Congress Legislature Party (CLP) meeting on May 29 in Bengaluru.

BJP is the single largest party with 105 members in the 225 member assembly, while the ruling coalition has 117 members with 79 legislators from Congress, 37 from JD(S) and 1 from BSP.

The JD(S)-Congress coalition which is in power in the state went through a rough patch during the campaigning of the recently held elections with leaders of both the parties accusing each other.