The officer was asked to react on Army Chief General Rawat's remarks on Sunday in Kerala where he had defended PM's comments in this regard. 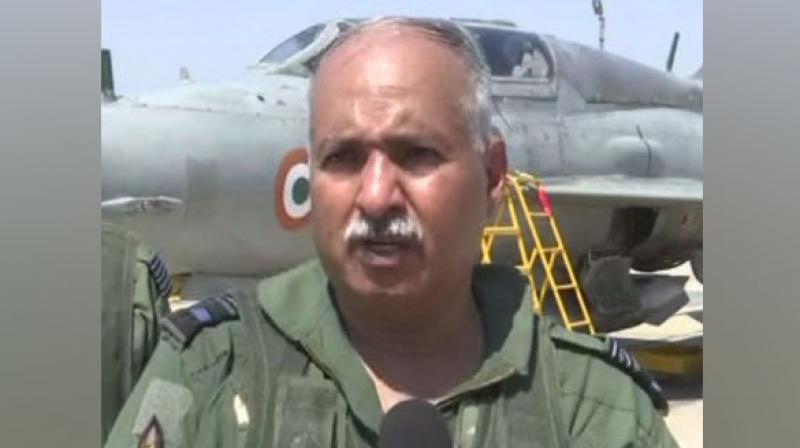 Modi made the remarks in a recent TV interview.

"That is true up to some effect that very strong clouds and very strong convective conditions in clouds prevent the radar from detecting very accurately", said Commanding-in-Chief, Western Air Command, Raghunath Nambiar while talking to ANI.

The officer was asked to react on Army Chief General Bipin Rawat's remarks on Sunday in Kerala where he had defended Prime Minister's comments in this regard.

"The weather suddenly turned bad, there were clouds... heavy rain. There was a doubt about whether we can go in the clouds. During a review (of the Balakot plan), by and large, the opinion of experts was - what if we change the date. I had two issues in mind. One was secrecy, second, I said I am not someone who knows the science. I said there is so much cloud and rain. There is a benefit. I have raw wisdom, the clouds can benefit us too. We can escape the radar. Everyone was confused. Ultimately I said there are clouds... let's proceed," the Prime Minister had stated in an interview during election campaigning.

Twelve Mirage 2000s had crossed over to Pakistan on February and attacked a JeM terrorist training camp in Balakot in Khyber Pakhtunkhwa province to avenge the deadly Pulwama attack in which 44 CRPF personnel were killed.

A squadron of MiG-21 aircraft led by Air Chief Marshal BS Dhanoa on Monday flew in the Missing Man formation to pay tribute to Squadron Leader Ajay Ahuja who was killed in action in Operation Safed Sadar during the Kargil war. Air Marshal R Nambiar also took part in the exercise being held in the honour of the Kargil War martyr at the Indian Air Force base in Bhisiana.