Results have proved that is a complete failure with both parties jointly winning just 2 parliamentary seats from the total of 28. 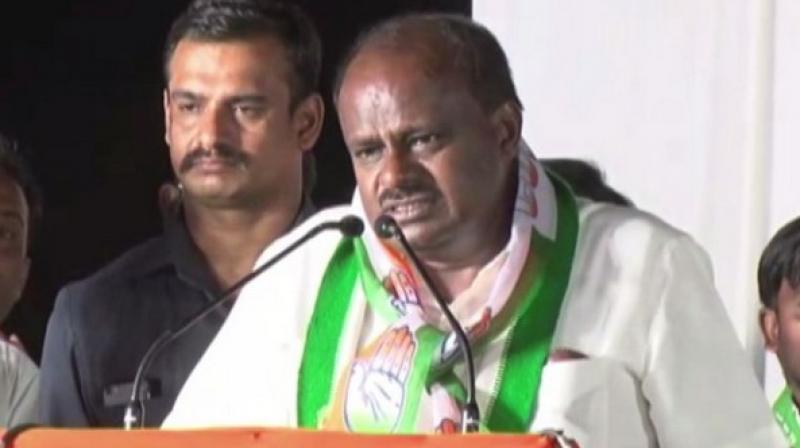 In the state, the BJP also is believed to have the support of the two independents. If the BJP is able to lure away a few legislators, they may be in a position to say that the government has lost its majority. (Photo: File)

Bengaluru: The Congress-JD(S) alliance in the state of Karnataka is dertermined to stay the path despite the disastrous performance in the recent Lok Sabha election. And to that end, sources suggest that a cabinet expansion and reshuffle is likely to happen soon.

On Sunday, Chief Minister HD Kumaraswamy of the JD(S) met his predecessor from the Congress, Siddaramaiah. The two leaders discussed the political situation and strategy in the face of potential revival of what is referred to as "Operation Lotus". The term was first used in 2008, when the BJP was accused of inciting several opposition legislators to defect to ensure the stability of its government headed by BS Yeddyurappa.

However amidst these discussions, BJP chief in the state BS Yeddyurappa has said that partnering with the JD(S) to form the new government was out of question and he was strongly in favour of a fresh set of elections.

The results have proved that the Congress-JD(S) alliance is a complete failure with both the parties jointly winning just 2 parliamentary seats from the total of 28 in the state. Congress heavyweights including Rizwan Arshad, Krishna Byregowda, BK Hariprasad, Mallikarjun Kharge and HD Deve Gowda lost from their respective constituencies against the BJP candidates.

Sources said Siddaramaiah had spoken to Congress legislators who have been openly criticising the party in recent days. It is believed that one legislator, Dr Sudhakar, who had described the coalition as an "unholy alliance" has been persuaded to stay with the party.

Numbers are crucial at this point. In the 224-member Karnataka assembly, the Congress-JD(S) coalition has 117 and the BJP 105, with 113 being the majority mark.

The BJP also is believed to have the support of the two independents. If the BJP is able to lure away a few legislators, they may be in a position to say that the government has lost its majority.

But that would mean overcoming the reluctance of many legislators who are facing a fresh election.

The election dealt several blows to the family of HD Deve Gowda. The JD(S) patriarch and former prime minister lost his election.  And one of grandsons, Nikhil, lost to the BJP-backed independent and political novice, Sumalatha Ambareesh. She is the wife of Congress leader and Kannada superstar Ambareesh who died last year.

"Let them drop me, I don't mind. I'm ready for the party to sack me from my post. If I am capable let them make me continue, otherwise, I don't want any post," he stated on being asked if he will be dropped from the state cabinet.

"I will abide if my party takes any such decision," he further added. This comes after sources indicated that a cabinet expansion and reshuffle may happen soon.

JD(S) working president MS Narayan Rao on Sunday had issued a circular to party leaders, spokespersons and MLAs asking them not to participate in TV debates or give any statements to the media.