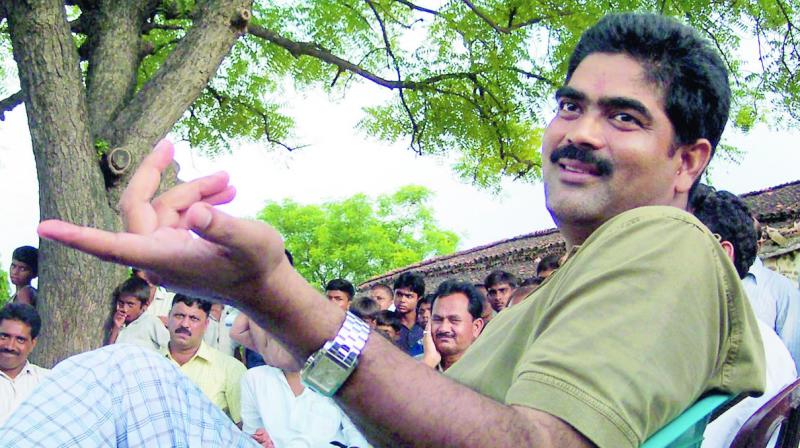 Patna/New Delhi: Former RJD MP from Siwan Mohammad Shahabuddin is in for fresh trouble. A special CBI court in Muzaffarpur on Friday named Shahabuddin as the 10th accused in the murder of senior journalist Rajdeo Ranjan.

The CBI, on Friday, argued in the court that it has “enough evidence” to prove that Shahabuddin had played an “important” role in the murder of journalist Rajdeo Ranjan. The former RJD MP is, at present, lodged in the high-security Tihar Jail in Delhi. He was linked to the special CBI court in Muzaffarpur through a video conferencing on Friday. There are also reports that the CBI is likely to take him on remand for further investigation. Sources from Muzaffarpur told this newspaper that the CBI had prayed for 10 days remand for Shahabuddin, but the court granted only eight days for interrogation. “The CBI is preparing to file a chargesheet on the basis of evidence collected by the agency sleuths during investigation,” CBI lawyer Sharad Sinha said in Muzaffarpur on Friday.

The case was handed over to the CBI in September last year after the slain journalist’s widow Asha Ranjan and his father Radhe Krishna Chaudhary repeatedly alleged that Shahabuddin was behind the murder. The suspicion over Shahbuddin’s involvement had deepened after names of two of his henchmen — Mohammad Kaif and Mohammad Javed — had surfaced.

“Chargesheet against six accused has already been filed in connection with the case... Shahabuddin has been made the 10th accused in the case,” CBI lawyer Sharad Sinha said.

The court has fixed June 9 for the next hearing in the case. Local police had earlier claimed that the murder was the result of “premeditated conspiracy”. Sources also claimed that the slain journalist had become a big threat for criminals because of his news reports against the deteriorating law and order condition in Siwan. There are also reports that the Siwan police had provided the CCTV footage to the CBI of the area where the gruesome killing had taken place. Mohammad Shahabuddin was in jail when the journalist was gunned down in Siwan while he was returning from office on May 13, 2016.

Shahabuddin, facing more than 39 criminal cases, including those of kidnapping and murder, was transferred to Tihar Jail on February 18.