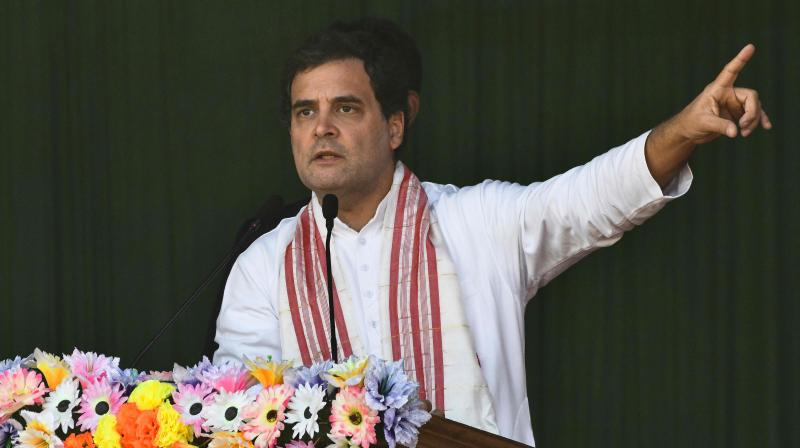 "Even when the entire country is fighting Covid-19, some people do not miss out on making unfair profits. Shame, disgust at this corrupt mentality. We demand from the Prime Minister that strictest action should be taken on these profiteers soon," Gandhi tweeted.

He said that the country will "never forgive" those making an unfair profit by selling testing kits.

Earlier in the day, Congress leader Ahmed Patel had targetted the Central government over antibody test kits being purchased for Rs 600 per piece by the ICMR, which were being imported for Rs 245 each.

Delhi High Court had on Sunday directed that Covid-19 related tests should be made available to the general public at the lowest cost possible as the country is going through an unprecedented medical crisis affecting public order.

"The country is going through an unprecedented medical crisis affecting public order. People have been cloistered in their homes or constrained to stay wherever they were on March 24. A profit mark-up of Rs 155 that is 61 percent on the landed cost price of Rs 245 is much on the higher side and in any case more than sufficient for the seller," Justice Najmi Waziri had said.