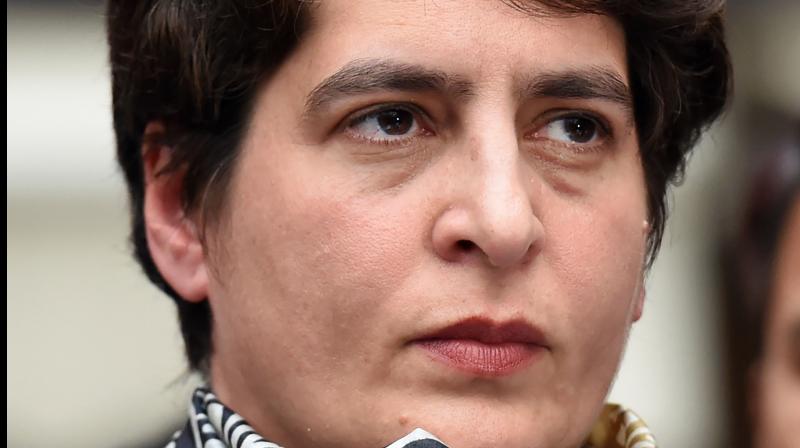 New Delhi: The Congress on Monday upped the ante against the Narendra Modi government, alleging profiteering on purchase of PPE (personal protective equipment) used by medics and other material needed for tackling the Covid-19 pandemic. The party’s official spokesman tore into the Union government, while its gen sec for UP, aimed her volley at chief minister Yogi Adityanath.

"There seems to be absolute anarchy in procurement of equipment for fighting COVID-19," Congress spokesperson Manish Tewari said in a press conference on video.

The party demanded that details of all purchases made in the past one month should be made public, be it test kits, PPEs or ventilators.

Highlighting the case of one particular company engaged in the supply of testing kits, Tewari alleged that kits that it had sourced for Rs 245 were being sold to ICMR at Rs 600 each and for Rs 400 each to the Tamil Nadu government.

He said the matter came to light in a petition filed before the Delhi High Court by another company that supplies such equipment.

"This is an extremely serious matter which hurts the fight of India against COVID-19," Tewari said. “Our country's resources are scarce and we have to optimise the resources and not allow companies to make arbitrage of over 60 per cent in these transactions."

On another flank, Priyanka Gandhi Vadra raised the issue of "faulty" PPEs being supplied to medical colleges in Uttar Pradesh and prodded the Yogi Adityanath government to punish the people behind the "scam".

She added that the current UP government’s natural response is to go after the people who leaked the story to the opposition rather than round up the scamsters.

Priyanka highlighted a letter by the state’s director-general for medical education stating that faulty PPEs were supplied. The letter was leaked.

She also shared a letter by the UP government later seeking to inquire who was behind the leak.

"Faulty PPEs were supplied to many medical colleges of Uttar Pradesh. It was good that this was detected early and the same were returned and no one could play with the safety of our warrior doctors.

"Surprisingly, the UP government is not bothered about the scam but is concerned about who leaked the information about these faulty kits," she said in a tweet in Hindi.

"It was good that the news came out, otherwise the issue of faulty kits would not have come to light and would have been pushed under the carpet.