'When you don't know the rules, why play the game?': Atishi asks Gambhir 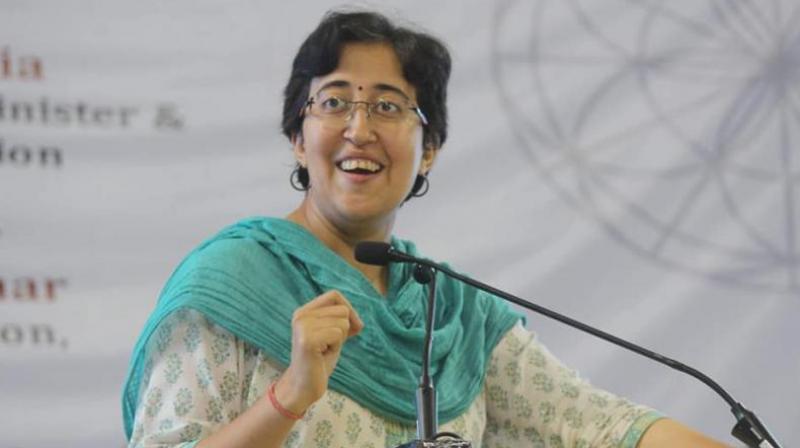 'First, discrepancies in nomination papers. Then, Criminal offence of having 2 voter IDs. Now, FIR for illegal rally (sic),' Atishi posted online questioning Gautam Gambhir who is contesting against her from BJP. (Photo: File)

New Delhi: "When you don't know the rules, why play the game?" This was AAP's East Delhi candidate Atishi's question to her rival from BJP Gautam Gambhir after the constituency's returning officer Saturday asked police to register an FIR against him for holding a public meeting without permission.

In a tweet, the Aam Aadmi Party (AAP) candidate said after double entries in voters list, now Gambhir faces FIR for holding "illegal rally". The cricketer-turned-politician, who is making his electoral debut from the seat, had held the public meeting in Jangpura on Thursday.

Officials said the public meeting was held on Thursday in Jangpura without permission. “My question to Gautam Gambhir: When you don't know the rules, why play the game? (sic)” she tweeted.

Atishi Thursday had filed a criminal complaint against Gambhir for allegedly enrolling as a voter in more than one constituency in violation of the Representation of the People Act (RPA).

She had earlier complained to the Election Commission that there were discrepancies in the nomination papers of Gambhir, but the cricketer's candidature was accepted by the poll panel.

Atishi, Gambhir and Congress' Arvinder Singh Lovely have locked horns in a triangular contest in the East Delhi constituency. Delhi goes to poll in sixth phase of the Lok Sabha elections on May 12 and the results would be declared on May 23.