,BJP is grateful for them to join us,' Sitharaman said. 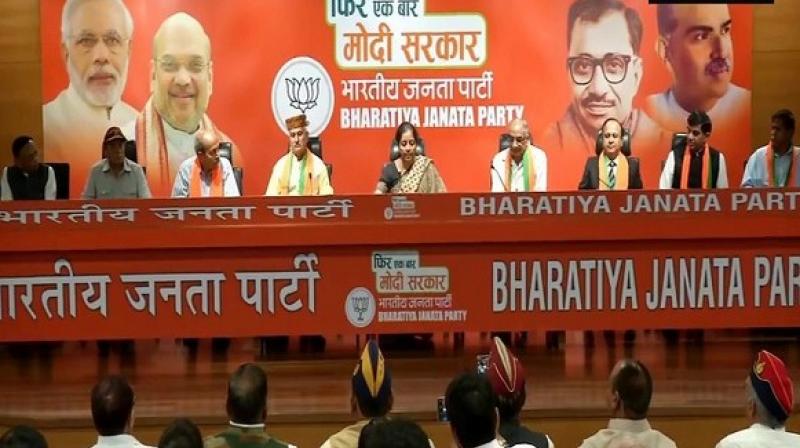 Speaking at a press conference here, the Defence Minister said, "It is indeed my pleasure to receive very well decorated senior officers of the armed forces to the BJP. They are not only very well decorated, but they have also held very sensitive and important portfolios. They are brave and have an academic background as well."

"BJP benefits by the presence of all the presence of senior servicemen. BJP is grateful for them to join us. They can guide us with respect to policy towards national security building and strategic offence. I welcome each one of them recognising the services done by the for the nation," she added.

Lt Gen JBS Yadav, one of the seven who joined the party today, said, "I would like to thank BJP and its national president Amit Shah who have honoured us by making us members of the party."

"Every man has the right to have political freedom. Our country is at a crucial stage and it is developing very fast. Its time for retired soldiers like us to work for the country and participate in the political process," he added.

Lt Gen SK Patyal also expressed gratitude to the party's top brass. "To us, the nation matters much above our personal family. Our Prime Minister and his ministers have taken great measures in their tenure...For example, two defence corridors have been established, there is a focus on the manufacture of arms, ammunition and equipment. A major push was given to DRDO, to ordinance factory board and to the private industry."

"The vision of the Prime Minister to deal with internal and external security challenges has also been extraordinary," he added.