Vinod Khanna appeared in 141 films between 1968 and 2013 and also forayed into politics by joining the BJP. 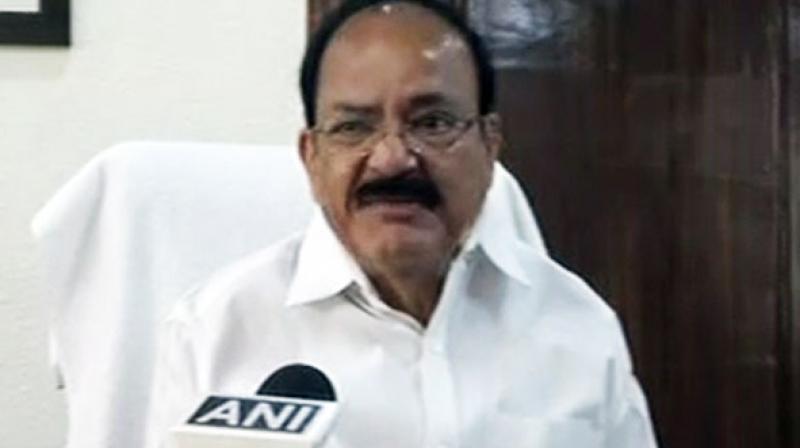 New Delhi: Union Minister for Information and Broadcasting M Venkaiah Naidu on Friday expressed his grief over the demise of Bharatiya Janata Party (BJP) Member of Parliament and veteran actor Vinod Khanna and said that the late leader was a daunting person, who till the last moment of his life worked for the people of his constituency.

Hailing Khanna as a hardworking and committed person, Naidu said that the former's demise has brought huge loss to both the political world and film fraternity.

"I feel very sad to know that Shri. Vinod Khanna our colleague in Parliament and a veteran actor is no more. He entered in BJP in 1997 and became Member of Parliament in 1999. He has been a four time MP from the BJP. He also served as union minister in the Union Government. Very duty minded. I have done many campaigns with him," said Naidu.

"He used to adhere to the schedule and use to participate in as many program as possible for the party. We lost a very good actor and politician. He was a very lovely person. Till his last moment he was working for the people of his constituency. I feel sorry my heartfelt condolences to the family and may his soul rest in peace," he added.

Union Home Minister Rajnath Singh took to Twitter to express his condolence over Khanna's demise, adding that he had carved a special place in the hearts of millions of Indians.

"Shri Vinod Khanna had an illustrious career in films and politics. He carved a special place in the hearts of millions of Indians," Rajnath tweeted.

"With the demise of Vinod Khannaji the people of India have lost a fabulous actor and sensitive politician. May his soul rest in peace."

Remembering him as a gifted actor, who dominated the silver screen with his outstanding persona, Sonia Gandhi said that Vinodji had a rare and profound influence over the masses by his simple and charismatic character. She also expressed solidarity with Khanna's family and prayed for the departed soul.

The veteran actor was hospitalised and later discharged from HN Reliance Foundation and Research Centre in Girgaum, Mumbai due to severe dehydration. He was also reportedly battling cancer for years.

Vinod Khanna appeared in 141 films between 1968 and 2013 and also forayed into politics by joining the BJP. He was Minister of State for Tourism and Culture in 2002.