BJP's decision to not field Joshi doesn't mean his era over: UP min

The party Tuesday dropped its former president Joshi as its candidate from Kanpur for the Lok Sabha polls. 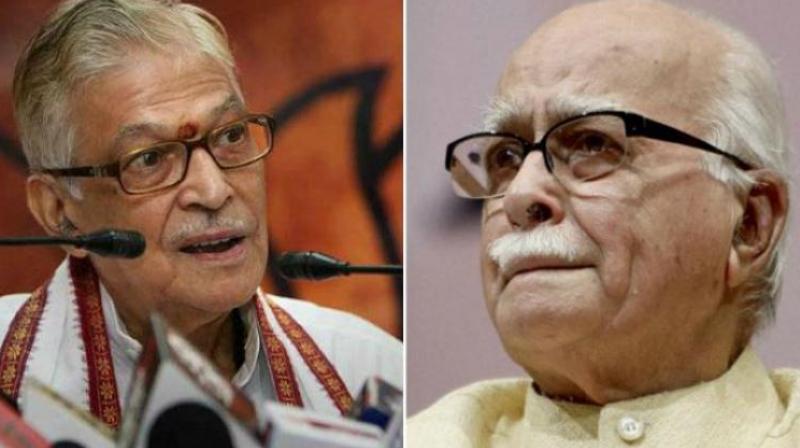 Ballia: The Uttar Pradesh Agriculture Minister has said that denial of a ticket to BJP veteran Murli Manohar Joshi in the Lok Sabha polls does not mean his era was over as he, along with L K Advani, will continue to guide the party. The party respects and honours them, Surya Pratap Shahi told reporters on the sidelines of 'Vijay Sankal Rally' here Tuesday night.

"The BJP has denied ticket to Joshiji because of certain circumstances but this does not mean that the era of Joshiji and Advaniji is over... They still remain the inspiration and guiding leaders for the party," Shahi said. The party Tuesday dropped its former president Joshi as its candidate from Kanpur for the Lok Sabha polls. To a question on the proposed visit of Congress general secretary Priyanka Gandhi to Ayodhya, Shahi quipped "better late than never". "The BJP has no objection to her visit to Kashi Vishwanath temple or Ayodhya... It's good that she has started believing in Lord Ram," he said, adding "if the Congress, which had earlier denied the existence of Lord Ram, will offer an apology to the God".

When asked if the Ram temple will be on the BJP's agenda in the coming Lok Sabha polls, he said the party was committed for the construction of the temple at the Ram Janmbhoomi and accused the Congress of creating hurdles in this task.