BJP leader takes a swipe at Rahul-Priyanka, likens them to 'Ravan-Surpanakha' 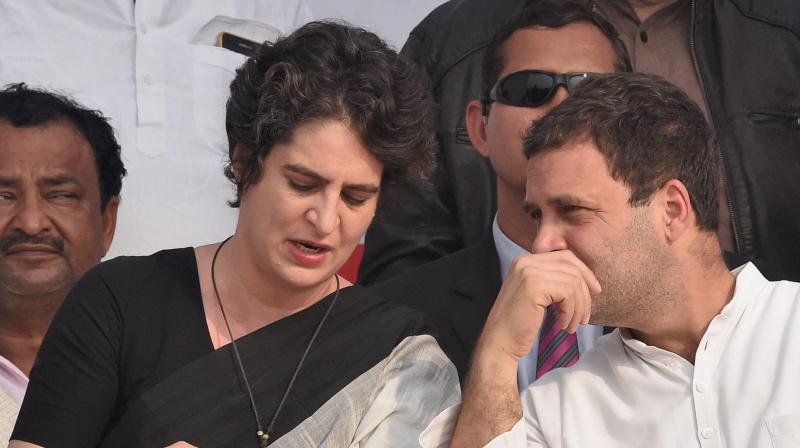 'Baba Rahul Gandhi is taking the assistance of his sister Priyanka in the hour of crisis.' he said (File Photo)

Addressing a public gathering at Munda in Alwar district on Tuesday, Ahuja said "According to Hindu mythology, the first era was Satyug in which Hiranakashyap took the help of his sister Holika after getting into trouble. In the Treta era, Ravana sought Surpanakha's help. Similarly, in Kalyug, Baba Rahul Gandhi is taking the assistance of his sister Priyanka in the hour of crisis. I don't need to say much but we all know what happened to Holika and Surpanakha."

Continuing his tirade against the Congress, Ahuja claimed that Prime Minister Narendra Modi has created such a situation that Rahul and Priyanka are being forced to visit temples. "The family which was completely atheist is now becoming a believer for the sake of politics but the public will not fall for their tricks," he added.

Rajasthan will go to polls on April 29 and May 6, while counting of votes will take place on May 23.