He assured that Congress would also protect the culture, history, and language of the Northeast if voted to power. 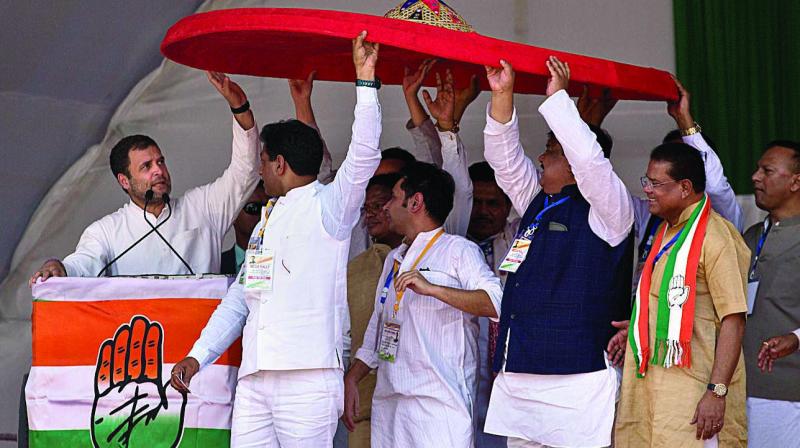 Guwahati: Congress president Rahul Gandhi, who kicked off a campaign for Lok Sabha elections in Assam on Tuesday, said his party stood for the people of the region whenever it was required.

Stating that Congress was instrumental in blocking the controversial citizenship bill, Mr Gandhi said: “The present unrest in the Northeast was due to the Citizenship (Amendment) Bill, which is anti-Northeast. Congress stopped it in the Rajya Sabha. We stood by you whenever it was required. We will also ensure that no genuine Indian is left out of the national register of citizens (NRC).”

He assured that Congress would also protect the culture, history, and language of the Northeast if voted to power.

Addressing the public rally at Khanapara, Mr Gandhi said: “Mr Modi promised several things to Assam’s tea gardens and its labourers, but did nothing. We will ensure minimum wage to the tea labourers. I have fulfilled all my promises and I will fulfil this too.”

Expressing grief over the recent hooch tragedy in Assam’s tea belt, the Congress president said: “Mr Modi made big announcements for tea garden workers, but did nothing. We will guarantee minimum wage to every tea garden worker.”

He said, “Over 150 people lost their lives in Assam by consuming illicit liquor. The growing ignorance of the BJP government in Assam is costing people their lives,” said Mr Gandhi.