The newly-elected members couldn't take oath even one month after the results of the assembly polls were announced. 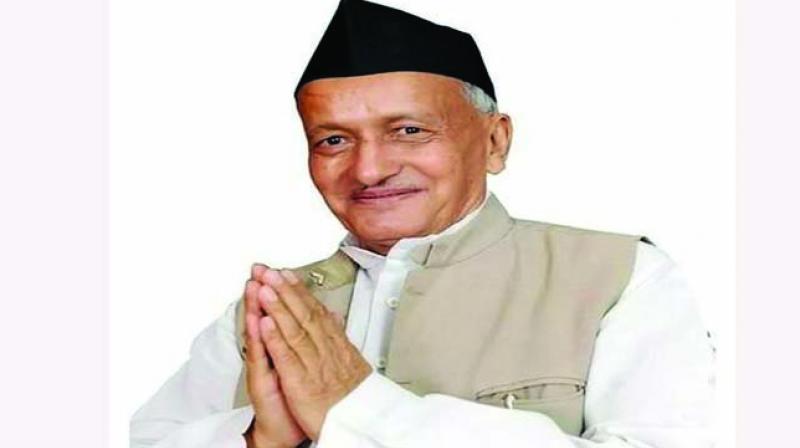 The oath will be administered by newly-appointed pro-tem speaker Kalidas Kolambkar at the session, which will begin at 8 am. (Photo: File)

Mumbai: Maharashtra Governor Bhagat Singh Koshyari has called a special session of the Legislative Assembly on Wednesday where pro-tem speaker will administer oath to the 288 newly-elected members, an official said on Tuesday.

The oath will be administered by newly-appointed pro-tem speaker Kalidas Kolambkar at the session, which will begin at 8 am.

The newly-elected members couldn't take oath even one month after the results of the assembly polls were announced, due to political up and downs in the state.

The state remained under President's Rule for a period of 13 days between November 12 and November 23 in the wake of no political party able to form a government and the Assembly in suspended animation.

Earlier in the day, the apex court asked Koshyari to appoint a pro-tem speaker and ensure all elected members of the House are sworn in on Wednesday itself by 5 PM.

However, the BJP-led government, which was formed on the support of NCP leader Ajit Pawar on November 23, collapsed on Tuesday afternoon, after Pawar stepped down as deputy chief minister and Fadnavis as chief minister.

The 'Maha Vikas Aghadi' comprising the Shiv Sena, the NCP and the Congress, on Monday submitted a letter claiming support of 162 MLAs to the governor.

Earlier in the day, Fadnavis announced that he was stepping down as the BJP lost majority in view of Ajit Pawar resigning from his post.

The NCP has announced that Shiv Sena chief Uddhav Thackeray would be the next chief minister of Maharashtra.