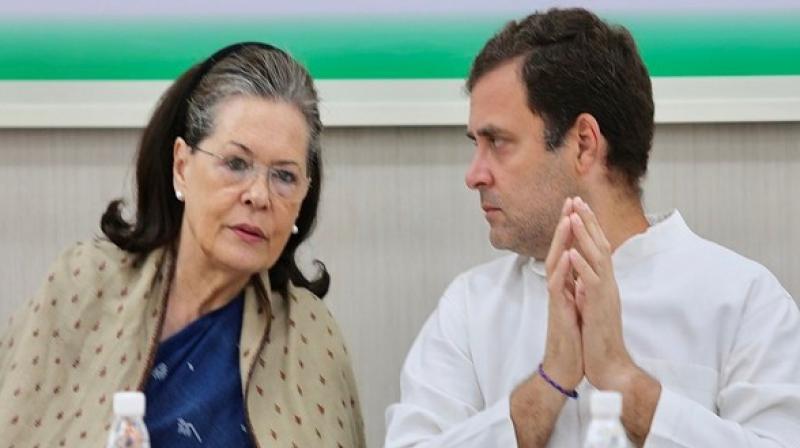 Gandhi also expressed concern over the party's messages on key issues not percolating down to the grassroot cadres. (ANI file photo)

Chairing a meeting of top party leaders to evolve a strategy for assembly elections in five states early next year, she said the party must redouble its fight for the victims of the Union government's "worst excesses".

Gandhi also expressed concern over the party's messages on key issues not percolating down to the grassroot cadres, and said there is lack of clarity and cohesion even among state leaders.

The leaders have also come together to chalk out a strategy for the party's new membership drive and finalise the modalities for it. The drive is starting from November 1 and will continue till March 31 next year.

"I would like to re-emphasise the paramount need for discipline and unity. What should matter to each and every one of us is the strengthening of the organisation. This must override personal ambitions. In this lies both collective and individual success," Sonia Gandhi said in her opening remarks.

Stressing on training programmes for party workers, the Congress chief said it should be taken up on priority.

"The fight to defend our democracy, our constitution and the Congress party's ideology begins with being fully prepared to identify and counter false propaganda.

"We must fight the diabolical campaign of BJP/RSS ideologically. We must do so with conviction and expose their lies before the people if we are to win this battle," she said.

Noting that AICC releases important and detailed statements almost every day on issues facing the nation, Sonia Gandhi said, "But it is my experience that they do not percolate down to our grass root cadres at the block and district level. There are policy issues on which I find a lack of clarity and cohesion even amongst our state-level leaders."

Attacking the Modi government, she said it has sought to erode our institutions so it may evade accountability and has sought to undermine the core values of our constitution so it can hold itself to a lower standard.

It has questioned the very fundamentals of our democracy, she said.

"We must redouble our fight for those who are the victims of this government's worst excesses: our farmers and farm labourers, our youth fighting for jobs and opportunities, small and medium scale businesses, our brothers, our sisters with particular focus on the deprived," she stressed.

On the elections to five states, the Congress leader said our campaign must be founded upon concrete policies and programmes emanating from widespread discussions with all sections of society.

Assembly elections in the states of Punjab, Uttar Pradesh, Uttarakhand, Goa and Manipur are slated early next year.