Inspector Subodh Kumar and a local youth were killed in Bulandshahr last year when mob went on rampage over allegations of cow slaughter. 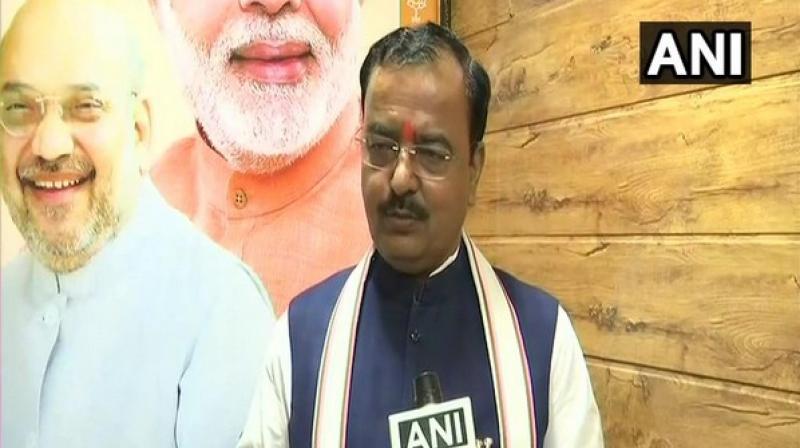 Lucknow: The BJP and the Uttar Pradesh government had no role in the welcome accorded to five accused in the Bulandshahr violence case after their release on bail, Deputy Chief Minister Keshav Prasad Maurya said on Monday.

"If supporters of people who have been released from jail welcome them, the government and BJP has nothing to do with it. The Opposition should not make a mountain out of a molehill," Maurya told ANI here.

Amid chants of 'Bharat Mata Ki Jai' and 'Jai Shri Ram', the five, accused of sedition in the case, were accorded a hero's welcome by their supporters outside the jail after they were released on bail on Saturday evening.

They were garlanded and hugged outside the district jail premises.

Inspector Subodh Kumar and a local youth were killed in Bulandshahr last year when a mob went on a rampage over allegations of illegal cow slaughter.

"Mayawati supported the Centre on the scrapping of Article 370 in Parliament too. But this should not be treated as politics since this was a matter of national importance and I urge other political parties to do the same. She has again done the right thing by questioning the Congress and other opposition parties on the Kashmir issue. I thank her for doing so," he said.

Earlier today, Mayawati said that the Opposition leaders should have put in a little more thought before leaving for Srinagar airport from where they were sent back.

"Did not the recent visit of Congress and other party leaders without permission similar to giving the Centre and the Governor a chance to do politics? It would have been appropriate if they had thought about it a bit before going there," Mayawati said in a series of tweets.