An official at the CMO defended the his remarks saying that he was only stating something which is a common belief in Uttarakhand. 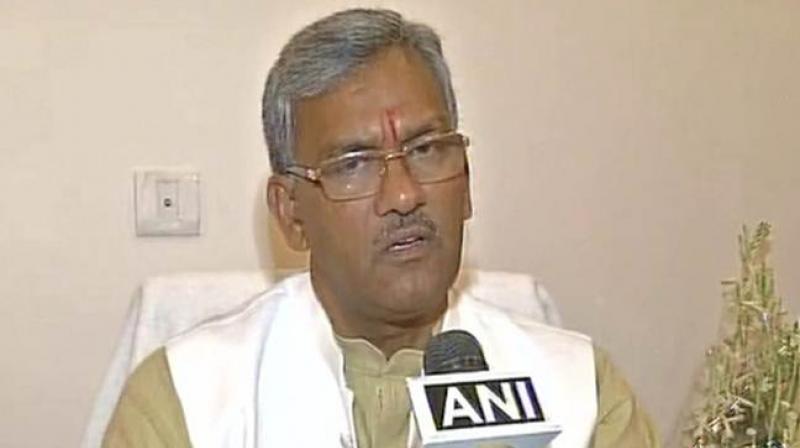 The chief minister also said that massaging a cow can cure one of the breathing problems. (Photo: ANI)

Dehradun: Uttarakhand Chief Minister Trivendra Singh Rawat has kicked up a row by claiming that cow is the only animal which inhales and exhales oxygen, and has asserted breathing problems can be cured by massaging it.

A video went viral on Thursday showing Rawat extolling the medicinal properties of cow milk and urine at a function here. In the video, he said cows not only inhale oxygen but also exhale it.

An official at the CMO defended the chief minister's remarks saying that he was only stating something which is a common belief in the hills of Uttarakhand.

"While the medicinal values of cow milk and urine are well known, people in the hills also believe that the cow gives them oxygen," he said requesting anonymity.