Army chopper given for personal use; Sitharaman, OPS should quit: DMK

Stalin said Panneerselvam had openly admitted that his visit to New Delhi was to thank defence minister for her help. 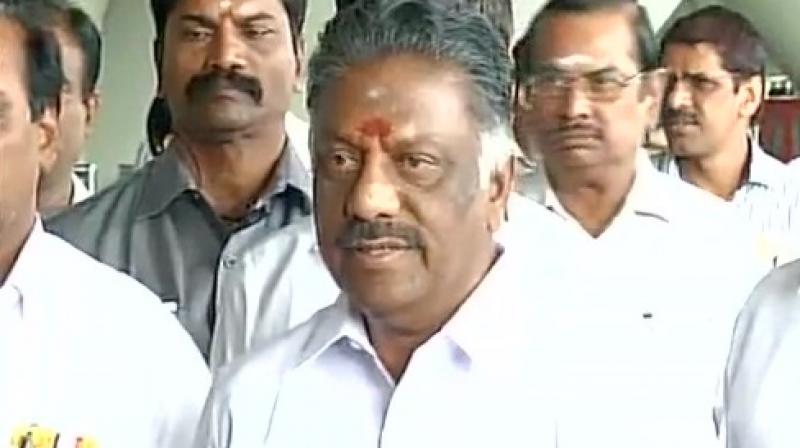 A day after Panneerselvam said his New Delhi visit was only to thank Sitharaman for arranging a military air ambulance to shift his brother to Chennai from Madurai, Stalin wondered how a defence helicopter can be provided for use by a private individual.

The DMK leader said Panneerselvam had openly admitted that his visit to the national capital was to thank the defence minister for her help.

"It is a mystery as to how a military helicopter was provided to a private individual. So far this news has not come out and it has now emerged through Panneerselvam himself," Stalin told reporters.

He was responding to questions about Sitharaman's reported refusal to meet Panneerselvam as she was unhappy over the deputy chief minister going public about her gesture.

"Both Nirmala Sitharaman who provided the helicopter and Panneerselvam who used it should resign from their respective posts," Stalin demanded.

Panneerselvam reportedly waited at Sitharaman's office for about half-an-hour on Tuesday but was denied audience. She, however, met AIADMK Rajya Sabha member V Maitreyan, who had accompanied Panneerselvam.

Before heading for Sitharaman's office, Panneerselvam told reporters it as a "big help" that the defence minister had extended to him, and that he had come to convey his "heartfelt thanks" to her.

When asked about what was seen by many as a snub to him by the defence minister, Panneerselvam told journalists upon his arrival in New Delhi on Tuesday, "Our leader Anna (late chief minister and icon of Dravidian politics, C N Annadurai) has taught us that one should have a heart to bear everything."

Incidentally, the controversy over meeting Sitharaman has surfaced days after the AIADMK, of which Panneerselvam is the Convenor, voted with the BJP-led NDA on the no-confidence motion against the Narendra Modi ministry in the Lok Sabha.

Panneerselvam is known to have good equations with Prime Minister Modi.

He had earlier this year said he merged his erstwhile faction with that of Chief Minister K Palaniswami-led group, acting on a suggestion from PM Modi.