Rahul Gandhi’s decision to resign comes after the dismal performance in the recent Lok Sabha polls. 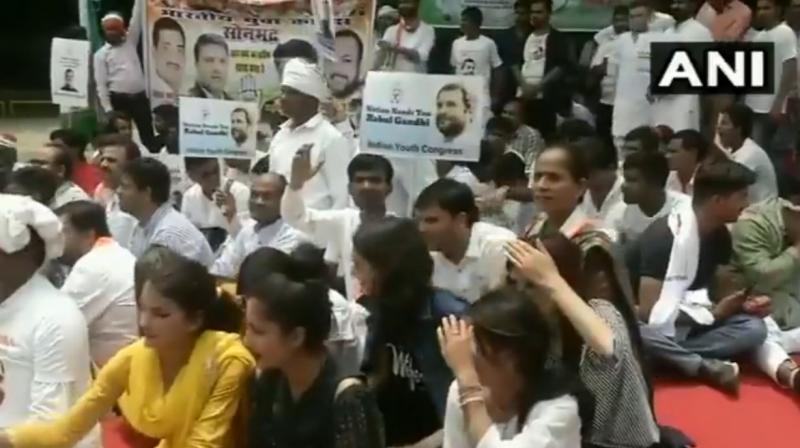 In this election, the Congress just managed to win 52 of the 543 seats. The party could not open its account in as many as 18 states and union territories. (Photo: G.N. Jha)

New Delhi: Indian Youth Congress (IYC) workers on Wednesday met Congress president Rahul Gandhi and appealed to him to continue as the president of the party. This meeting comes days after Rahul Gandhi announced his decision to quit the post of party president after Congress’s loss in the general elections.

On May 25, the Congress Working Committee, the party’s highest decision making body, had rejected Gandhi’s resignation offer and requested him to continue to lead the party.

Members of Youth Congress and workers of the party staged a demonstration outside Rahul's residence urging him to retain the party's top post. Holding party flags and posters saying 'Nation needs you Rahul Gandhi', the party members sat under the sun to request their leader. They are also scheduled to meet Rahul over the same matter.