Security beefed up ahead of PM Modi's Varanasi roadshow, tomorrow

According to sources, as many as 12 companies of paramilitary forces have been deployed to ensure foolproof security to the PM. 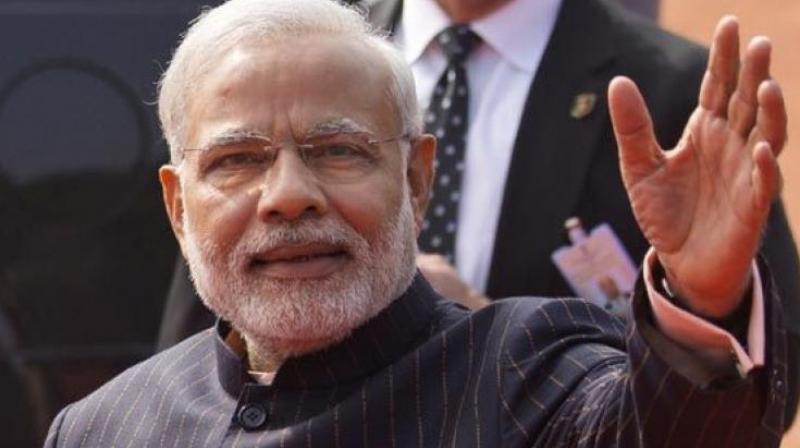 PM Modi is scheduled to hold a five-kilometre-long roadshow in the constituency after his arrival here. (Photo: File)

Varanasi: The security has been tightened in Varanasi ahead of Prime Minister Narendra Modi's first visit to his constituency on Monday after his massive victory in the Lok Sabha elections.

PM Modi is scheduled to hold a five-kilometer-long roadshow in the constituency after his arrival here.

The preparations for his welcome have been completed and the area has been decked up with saffron party flags, ribbons and wall paintings of Buddha and other spiritual idols. Cleaning and maintenance work has also been completed.

Speaking to ANI, Anand Kulkarni, SSP Varanasi said: "We have done all the arrangements, state police along with paramilitary will be deployed for the security. More force in civil dress will also be deployed to beef up the security. We are alert."

According to sources, as many as 12 companies of paramilitary forces have been deployed to ensure foolproof security to the PM.

10 Indian Police Service (IPS) officers, 25 additional Superintendents of Police (SP), 60 deputy SP (DySP) and 200 Inspectors have also been deployed to ensure that there is no lapse in the security arrangements.

The Indian Air Force is also ready with all the security checks in place as PM Modi will be covering the distance from Varanasi Airport to Police line by helicopter. He will then proceed to the Kashi Vishwanath temple in a roadshow.

All the link roads along the five-kilometer route which PM Modi's convoy is scheduled to take have been barricaded.

After the 'darshan' and 'puja' at the temple, the Prime Minister is scheduled to address BJP workers at Deendayal Hastkala Sankul.