The meeting was held at Prime Minister Modi's residence at Lok Kalyan Marg. 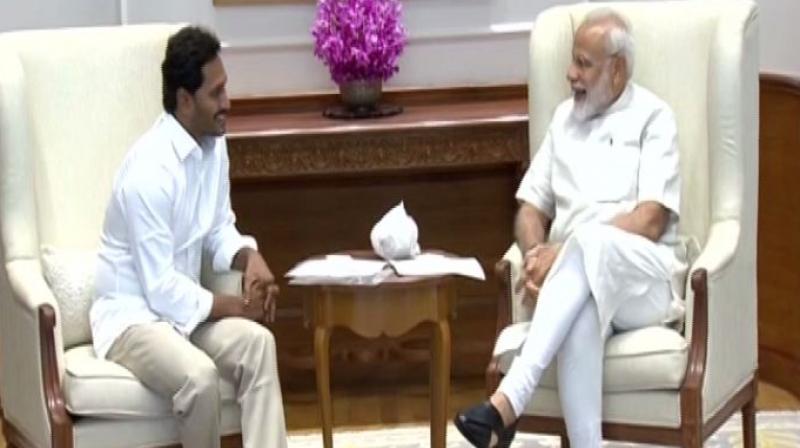 Reddy, whose party achieved a landslide victory, winning 151 seats in the 175-member Assembly and 22 out of the 25 Lok Sabha seats in Andhra Pradesh, discussed providing outside or issue-based support to the Prime Minister Modi's government, sources said.

During his election campaign, the chief minister-designate Reddy had mentioned that his party would support whosoever promises Special Category Status to Andhra Pradesh.

On Saturday, Reddy went to Hyderabad where he met Governor ESL Narasimhan and Telangana Chief Minister K Chandrashekhar Rao. The two leaders discussed the latest political developments and decided to work together for the development of Telugu states.

Party sources said that Jagan invited KCR for his swearing-in ceremony to be held in Vijayawada on May 30.

Naidu had submitted his resignation to Governor Narasimhan on Thursday after he lost the polls. The 14th Andhra Pradesh legislative assembly was dissolved on Saturday after the notification in this regard was issued by Governor ESL Narasimhan.

The YSRCP got an absolute majority in the Assembly, ousting N Chandrababu Naidu-led Telugu Desam Party (TDP) from power in the state.

Narendra Modi-led NDA swept the elections and won 352 out of 542 seats in the 17th Lok Sabha elections. As per official numbers, the BJP secured 303 seats, 22 more than its 2014 figures.