YSR Congress Party president Jagan Mohan Reddy also invited the Prime Minister to his swearing-in on May 30 in Vijayawada. 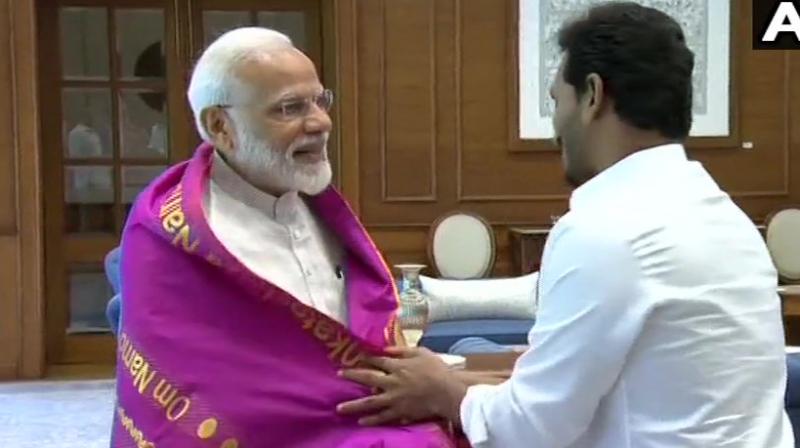 He later also met BJP president Amit Shah and sought his support for the state's key demands. The SCS is a major demand of the YSRCP and Reddy, during his election campaign, had said he would support the party at the national level which promises to grant the status to Andhra Pradesh.

The YSRCP stormed to power on Thursday with a landslide victory in assembly polls. During the meeting with Modi at his 7, Lok Kalyan Marg residence, Reddy discussed the issues of special category status to Andhra Pradesh and the state's financial situation and sought central funds, sources said.

They said he also invited the Prime Minister to his swearing-in on May 30 in Vijayawada. The YSRCP chief also interacted with officials at Andhra Bhawan.

On Saturday, he was unanimously elected as the leader of YSRC legislature party. Reddy's party has won 151 of the 175 assembly and 22 of the 25 Lok Sabha seats in Andhra Pradesh, the elections for which were held on April 11.