Mocking the Govt. claim of making Surat a smart-city, Hardik said: ‘The incident is a 'glowing' example of the smart city in Surat.’ 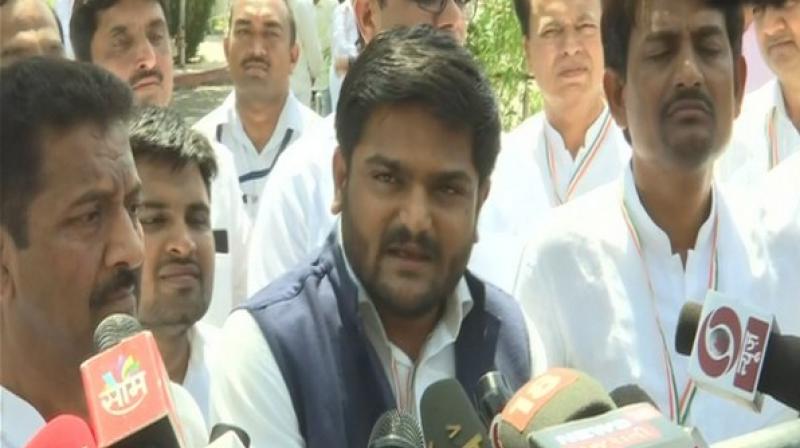 ‘I have said that if action is not taken against Mayor and officials of the Fire Department, then I will sit on hunger strike,’ Hardik Patel said. (Photo: ANI)

Surat: Congress leader Hardik Patel on Sunday threatened to go on hunger strike if the state government did not act against Mayor and the Fire Department officials within 12 hours.

"I have said that if action is not taken against Mayor and officials of the Fire Department, then I will sit on hunger strike," he said while talking to reporters after visiting the Takshashila Arcade in Surat where a fire incident on Friday claimed the lives of 20 students.

Hardik also accused the state government of being in collusion with the accused and trying to "wrap up the issue under the carpet."

"Why have you arrested the tuition manager? Why have not you arrested the people who constructed this building illegally? The government is trying that people in collusion with it should not be arrested and this issue is pushed under the carpet by arresting anyone," said Hardik.

Mocking the Union Government's claim of making Surat a smart-city, the Congress leader said: "The incident is a 'glowing' example of the smart city in Surat."

"If the fire equipment could not reach the fourth floor, then it proves how smart is our city planning. Not just that fire brigade people reached after 40 minutes, they also did not have water. That means the lives of children were lost only due to the irresponsibility on part of the government," he said.

Asserting that this is not about any particular community, Hardik said, "All I want to say that it is not about one community. If it would have happened at some other places and the people of all communities would have been there, everyone would have lost his life."

One person has been arrested and two officers of Fire Department were suspended on Saturday. Further probe is on.