According to surgeon, a bilateral mastectomy was performed at the Ram Manohar Lohia Institute of Medical Sciences. (Photo: ANI) 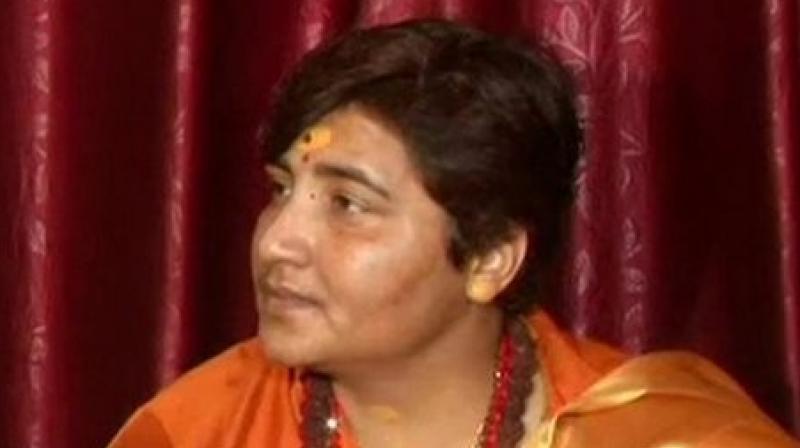 The surgeon said that the tumour and tissues were sent to Mumbai for tests. The reports revealed that she had developed cancer. (Photo: ANI)

Lucknow: Denouncing the claims of Sadhvi Pragya Singh Thakur, the BJP’s candidate from Bhopal, about cow urine being effective in curing cancer in her case, a surgeon from Ram Manohar Lohia Institute of Medical Sciences has said that a mastectomy surgery helped in preventing the recurrence of her cancer.

In an interview to The Hindu, Dr S S Rajput, a cardiothoracic and vascular surgeon, who has operated on Thakur thrice, said that she was diagnosed with stage – 1 cancer of aggressive nature.

Dr Rajput confirmed of operating on her in Mumbai’s J J Hospital in 2008 when she had developed a tumour in her right breast but then, the report of tumour was inconclusive. In the second surgery which was performed in Bhopal, a part of her breast was removed along with the tumour.

He said that the tumour and tissues were sent to Mumbai for tests. The reports revealed that she had developed cancer.

According to him, a bilateral mastectomy was performed on her in 2017 at the Ram Manohar Lohia Institute of Medical Sciences after she was granted bail. He said that Thakur had a follow-up later and her test reports were clear.

Earlier, Sadhvi Pragya had claimed that she treated her cancer with cow urine.