Pak PM a friend, will talk to him again: Moon Moon

Asked if she would act as an emissary if the government asks her to be, she said would never be assigned such a job. 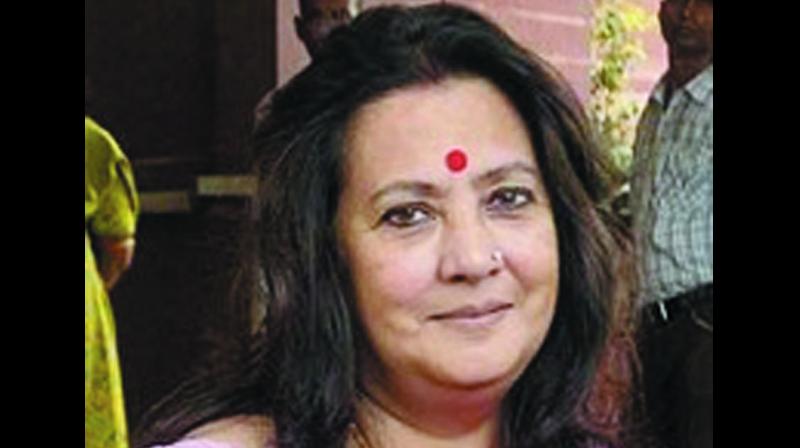 Asansol (WB): Expressing disgust over the issue of nationalism and Pakistan being played up in election campaign, yesteryear actress and Trinamul Congress (TMC) candidate from Asansol, Moon Moon Sen, said if needed, she would again talk to her old “friend” Imran Khan, the Pakistan prime minister.

Ms Sen, however, declined to speak to Mr Khan on bilateral issues, saying with “several astute politicians” in the country, she would never be given the responsibility.

She praised Prime Minister Narendra Modi for boosting India’s image abroad but regretted that while doing so, he had forgotten the issues plaguing his own country, especially unemployment.

“Imran is a friend of mine. We are not involved in any way. But the kind of divisive politics that is going on (over nationalism with reference to Pakistan) is very dangerous,” Ms Sen said

Asked if she needed, will she again talk to him given the atmosphere of animosity between the two nations, she said, “Why not? After all, he is a friend.”

During the late 80s and 90s, when Mr Khan was a cricketing hero, Ms Sen was considered to be his good friend, and their friendship was fodder for newspapers.

Asked if she would act as an emissary if the government asks her to be, she said would never be assigned such a job.“No, I would never go on my own to talk to him and I am sure I would never be asked to do so. There are several astute politicians. Mamata Banerjee is a very astute politician and she would never exploit my friendship with Imran. He has a lot of friends in Kolkata, my husband is also his friend, I am not the only person,” she said, adding that she had last met Mr Khan several years ago when he was in the city for an India-Pakistan cricket match.

Asked to comment on Khan’s statement that he believed there was a better chance of peace talks with India and settling the Kashmir issue if the BJP wins the general election, Ms Sen declined to comment.