UPA is paralysed and non-Congress leader like Sharad Pawar should head it: Shiv Sena 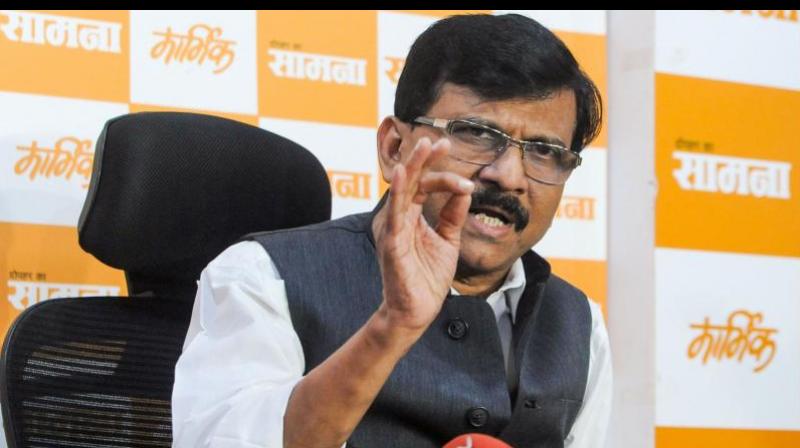 I don't think any regional party in the country has objection to Sharad Pawar heading the UPA, said Sanjay Raut. (PTI file photo)

New Delhi/Mumbai: Shiv Sena leader Sanjay Raut on Thursday said the United Progressive Alliance (UPA) is “paralysed” and a non-Congress leader like Sharad Pawar should head it. His statement drew sharp criticism from the Congress, which reminded him that Shiv Sena is not a part of the UPA and asked Mr Raut to keep his views to himself.

"The UPA is paralysed now. I think NCP chief Sharad Pawar should lead the UPA at the national level,” Mr Raut said while speaking to reporters in New Delhi. When asked whether other parties support his demand, he said, "I don't think any regional party in the country has objection to Sharad Pawar heading the UPA. All of us are opposing the BJP at the moment."

The Maharashtra Congress has reacted sharply to Mr Raut’s statement with state Congress chief Nana Patole asking if Mr Raut had been appointed as Mr Pawar's spokesperson while reminding him that Shiv Sena isn't part of the UPA.

"Sanjay Raut is a Shiv Sena MP and Shiv Sena is not a part of UPA. Hence he has no right to talk about UPA leadership. Sonia Gandhi is competent enough to lead the UPA. Hence Mr Raut should not worry about the coalition,” said Mr Patole.

The Congress leader also said that he has asked chief minister Uddhav Thackeray to intervene in the matter. “We have told the CM that such statements are wrong and that he should tell Mr Raut so. The CM has said he will discuss it,” he added.

Another Congress leader and former Rajya Sabha member Husain Dalwai said, “Shiv Sena got more seats (in the last Maharashtra Assembly election), hence it got the chief minister’s post. But the Sena is still not part of the UPA. There is no need to take Mr Raut’s statement seriously… Mr Raut should not forget that the Maha Vikas Aghadi (MVA) government could be formed because the Congress extended its support. He should not say something like this and stoke a controversy.”

Insiders say that since Sonia Gandhi, the UPA chairperson, is not keeping well, there needs to be change in the top leadership of the UPA to fight the BJP effectively. Mr Pawar is actively steering the alliance in Maharashtra and is also actively campaigning in poll bound states.

The results of the upcoming Assembly elections hold the key for the Congress. If it does not do well, the demand to change the UPA chief will be raised once again.

Mr Patole said the Maha Vikas Aghadi (MVA) government in Maharashtra would last five years. “There will be no problem. Ye Fevicol ka mazboot jod hai (the alliance is very strong). The BJP may level as many false allegations as they want, it won’t affect the government. They are trying to malign Maharashtra, but people of the state won't forgive them,” he said.

The Congress leader also demanded that the state government should investigate the BJP’s Devendra Fadnavis, who is the leader of Opposition in the Vidhan Sabha. “Mr Fadnavis is levelling baseless allegations by speaking blatant lies. He is conspiring against Maharashtra by misusing the central investigative agencies,” he said.