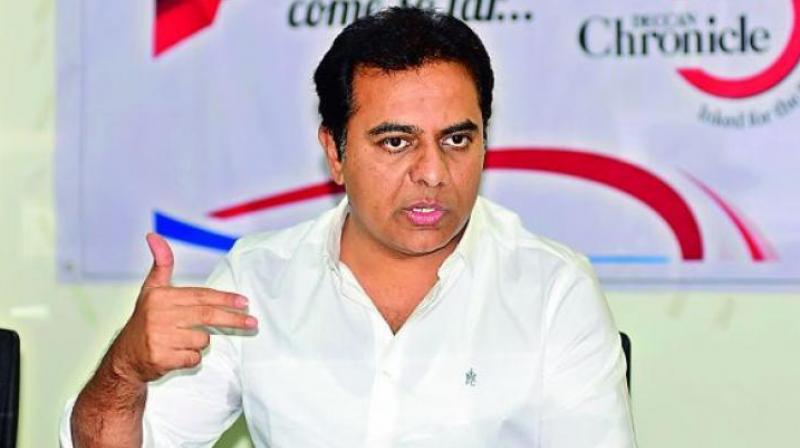 Hyderabad: The ruling TRS working president K T Rama Rao would undertake hectic campaigning for the Lok Sabha seats in Telangana from Wednesday till April 9, the last day of canvassing in the state. Telangana goes to polls in the first phase on April 11 Rama Rao would participate in roadshows and public meetings in various constituencies, TRS sources said. Rama Rao, son of party president and Chief Minister K Chandrasekhar Rao, has already addressed party's preparatory meetings for the elections.

Claiming that neither NDA nor UPA is in a position to form government on its own post-Lok Sabha elections, Rama Rao has been seeking 16 seats barring the Hyderabad seat represented by ally AIMIM president Asaduddin Owaisi to see that the TRS plays a key role and ensure better deal for Telangana.

The Chief Minister had already kicked off his campaign from Karimnagar.