Singh wanted to contest national elections from Nawada but was given Begusarai. 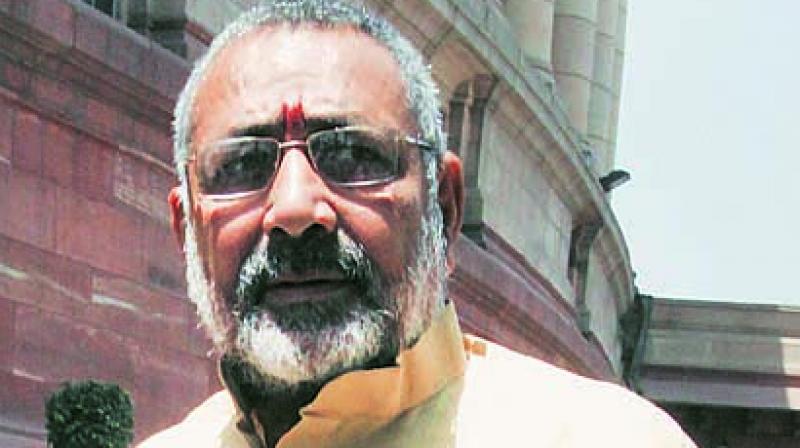 Amid the wave of displeasure, Singh might not contest the 2019 general elections. (Photo: File)

Singh wanted to contest national elections from his constituency Nawada but was given Begusarai without any consultation, ANI reported.

"My self-respect is hurt that no other MP's seat was changed in Bihar. It was decided without talking to me. State BJP leadership should tell me why was it done. I've nothing against Begusarai but I can't compromise with my self-respect," Singh said.

The BJP has given the seat to Ram Vilas Paswan's Lok Janshakti Party (LJP) as sealed under the seat-sharing agreement.

However, this time if Singh agrees to contest the polls, he will face the popular student leader Kanhaiya Kumar, who will contest as the CPI's candidate from Begusarai.

Amid the wave of displeasure, Singh might not contest the 2019 general elections.

Last week, LJP leader Chirag Paswan said that it was too late to make any changes in the seat-sharing agreement now.

"I do not wish to cause Giriraj ji any grief, but I think we have gone too far now to revisit the decision," Chirag Paswan said.

The NDA had announced 39 candidates for the polls in Bihar.

Bihar will go on the elections from 11 April.