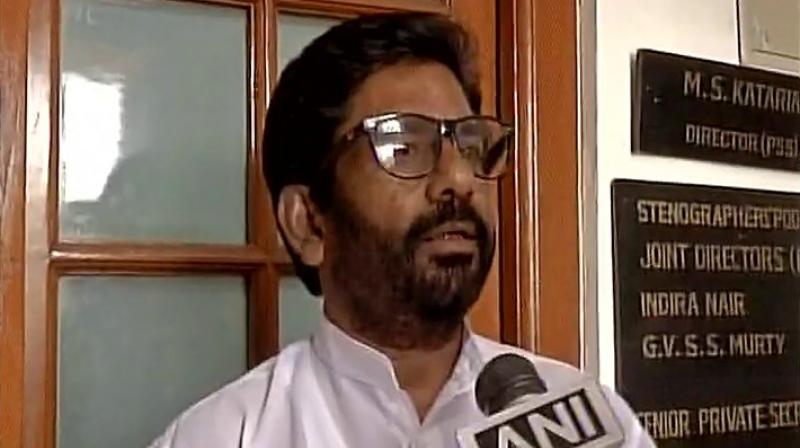 Mumbai: Shiv Sena MP Ravindra Gaikwad, who was banned by seven airlines after he assaulted a 60-year-old Air India staff while boarding the flight at Delhi Airport, has threatened to sue the national carrier and IndiGo for cancelling his tickets.

"I will take legal action against IndiGo and Air India for cancelling my confirmed tickets," Gaikwad, who was supposed to fly to Pune from Delhi, said on Sunday.

The national carrier had cancelled Gaikwad’s return ticket to Pune after he boastfully asserted he would board the flight. Private airline IndiGo followed suit. With no travel option available, he was forced to take a train back from Delhi.

Gaikwad, an MP from Osmanabad, had assaulted R Sukumar after being unable to travel business class on an all-economy flight from Pune to New Delhi. Air India officials claim they had informed the MP’s office, at the time of booking, that the plane was all-economy.

Speaking to media later that day, Gaikwad had admitted hitting Sukumar “25 times” with slipper while justified his act, saying “the staff had misbehaved with him and that he won’t take abuses from anyone”.

The Delhi Police had lodged an FIR against the lawmaker based on a complaint filed by Air India, which had also blacklisted Gaikwad. Later, IndiGo, SpiceJet, GoAir, AirAsia India and Vistara also bared the MP from flying on their network.

Civil Aviation Minister Ashok Gajapathi Raju had condemned the incident, saying, “No political party will encourage physical assault. It should never have happened”.